In this lovely capture by Luca Casartelli, we see Isola San Giulio (or San Giulio Island) on Lake Orta, in the region of Piedmont in northwestern Italy. The island measures 275 metres (902 feet) long by 140 metres (459 feet) wide. The most famous building on the island is the Basilica of Saint Giulio, close to which you can see the monumental old Seminary (1840s).

The little island, just west of the lakeshore village of Orta San Giulio, has very picturesque buildings, and takes its name from a local patron saint (Julius of Novara), who lived in the second half of the 4th century. [source]

Boat rides to the island are available year-round. According to comments on TripAdvisor, a round trip will cost about 4 euros.

via Luca Casartelli on 500px

This Adults Returning to Work Sketch is Perfect

In 2013, Kurt Steiner Set the Stone Skipping World Record with an Amazing 88 Skips

This Architect’s 344 sq ft Apartment in Paris is Remarkable

Feeding a Venus Flytrap Candy Instead of Flies 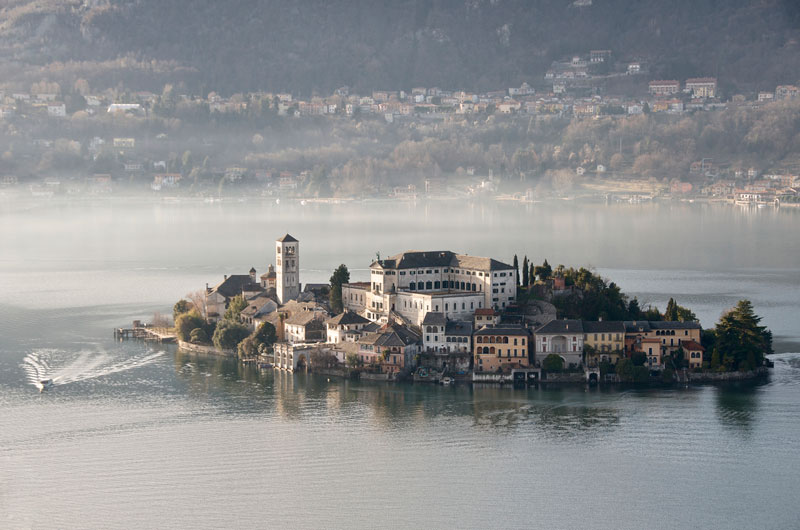 This Adults Returning to Work Sketch is Perfect

In 2013, Kurt Steiner Set the Stone Skipping World Record with an Amazing 88 Skips