Back in the 1920s, a tourist village was established along the shore of Lago Epecuen, a salt lake some 600 kilometers southwest of Buenos Aires, Argentina. The resort town, named Villa Epucuen, soon had a railroad station, and it thrived for several decades, peaking in the 1970s with a population of more than 5,000. Around the same time, a long-term weather event was delivering far more rain than usual to the surrounding hills for years, and Lago Epecuen began to swell.

In 1985, the salty waters broke through an earthen dam, and Villa Epecuen was doomed. A slow-growing flood consumed the town until it reached a depth of 10 meters (33 feet) in 1993. The wet weather later reversed, and the waters began to recede in 2009. AFP photographer Juan Mabromata recently visited the ruins of Villa Epecuen, met its sole inhabitant, and returned with these images. [Description by Alan Taylor] 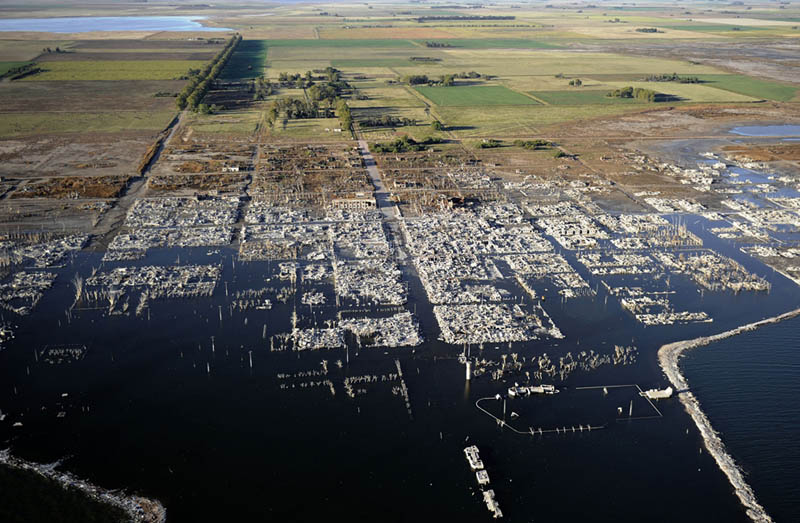