84 MILLION STARS IN ONE IMAGE

Using a gigantic nine-gigapixel image from the VISTA infrared survey telescope at ESO’s Paranal Observatory, an international team of astronomers has created a catalogue of more than 84 million stars in the central parts of the Milky Way. This gigantic dataset contains more than ten times more stars than previous studies and is a major step forward for the understanding of our home galaxy. It is so large that, if printed with the resolution of a typical book, it would be 9 metres long and 7 metres tall (29.5 ft x 23 ft).

Most spiral galaxies, including our home galaxy the Milky Way, have a large concentration of ancient stars surrounding the centre that astronomers call the bulge. Understanding the formation and evolution of the Milky Way’s bulge is vital for understanding the galaxy as a whole.

The 108,200 x 81,500 pixel image can be downloaded here. Watch out though, it’s 24.6 GB! A more modest but still very large 15.5 MB file can be viewed here. The ESO has also released a zoomable image on their webiste which can be seen here.

via ESO: VISTA Creates Largest Ever Catalogue of Centre of our Galaxy [Press Release]
SEE MORE ‘PICTURES OF THE DAY’ 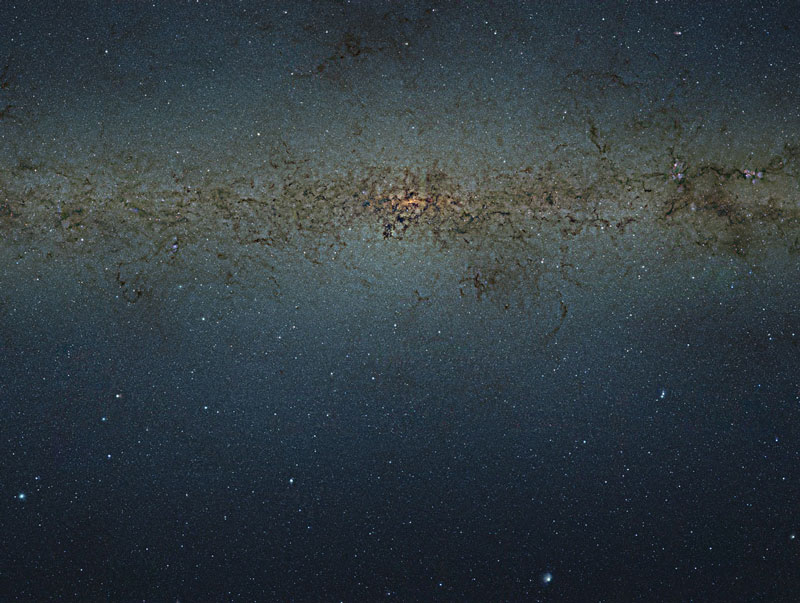