Photograph by B. KERR

The image above shows an extraordinary neolithic stone carving dating back approximately 5,000 years. Located in Ketley Crag, Northumberland (North East England), the discovery was made by a team of specially trained volunteers working on a four-year English Heritage backed project called the Northumberland and Durham Rock Art Project (NADRAP).

The practice of carvings rocks flourished during the Neolithic period (about 4,000 to 6,000 years ago). There are many theories as to what rock art carvings mean. Some experts believe they may have played a role in fire, feastings and offering activities, or been used as ‘signposts’, or to mark territory. Others point to a spiritual significance. For hunter-gatherer communities high mountains or seashores were often considered the domain of supernatural ancestors and the vast majority of rock art is found in these areas.

Today, many carvings have been lost to natural erosion and human activities such as quarrying and field clearance. [Source] 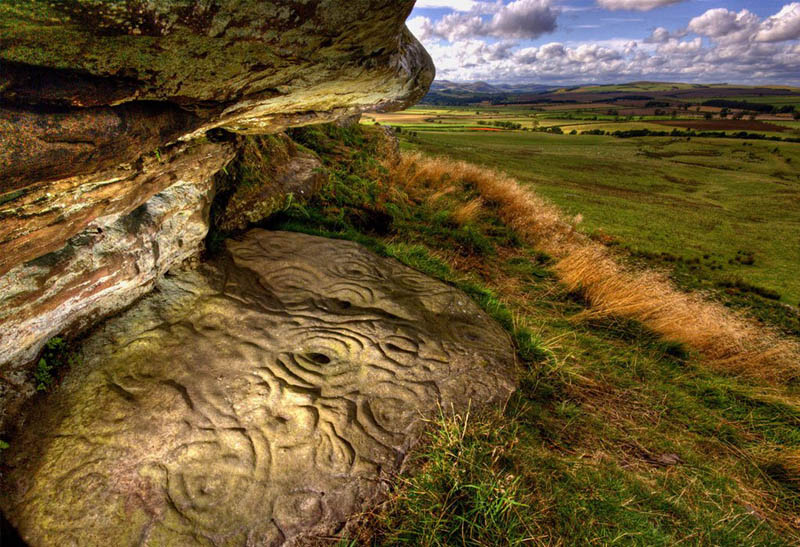