A GOLDEN AFTERNOON AT NIAGARA FALLS

Niagara Falls is the collective name for three waterfalls that straddle the the international border between the Canadian province of Ontario and the U.S. state of New York, also forming the southern end of the Niagara Gorge. From largest to smallest, the three waterfalls are the Horseshoe Falls, the American Falls and the Bridal Veil Falls. Located on the Niagara River which drains Lake Erie into Lake Ontario, the combined falls form the highest flow rate of any waterfall in the world, with a vertical drop of more than 165 feet (50 m). Horseshoe Falls is the most powerful waterfall (vertical height along with flow rate) in North America. The falls are located 17 miles (27 km) north-northwest of Buffalo, New York and 75 miles (121 km) south-southeast of Toronto, between the twin cities of Niagara Falls, Ontario, and Niagara Falls, New York. [Source: Wikipedia]

In this gorgeous shot by Wolfgang Staudt, we get a different perspective of the falls awash in golden rays of sunshine in the afternoon. You can also see the Maid of Mist ship approaching the falls on their daily tours of the falls.

via Wolfgang Staudt on Flickr
SEE MORE ‘PICTURES OF THE DAY’ 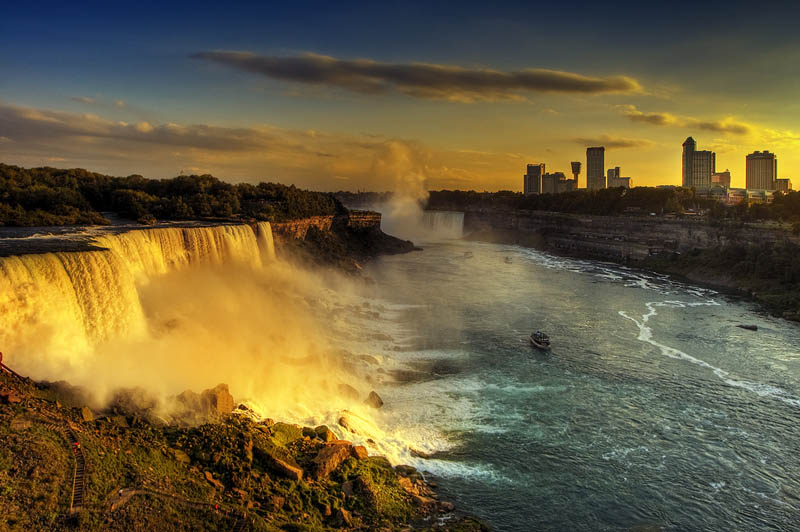