The missing square puzzle is an optical illusion used in mathematics classes to help students reason about geometrical figures; or rather to teach them not to reason using figures, but to use only textual descriptions and the axioms of geometry.

It depicts two arrangements made of similar shapes in slightly different configurations. Each apparently forms a 13×5 right-angled triangle, but one has a 1×1 hole in it. [source]

The key to the puzzle is the fact that neither of the 13×5 “triangles” is truly a triangle, because what appears to be the hypotenuse is bent. In other words, the “hypotenuse” does not maintain a consistent slope, even though it may appear that way to the human eye. [source]

According to Martin Gardner, this particular puzzle was invented by a New York City amateur magician, Paul Curry, in 1953. However, the principle of a dissection paradox has been known since the start of the 16th century. [source] 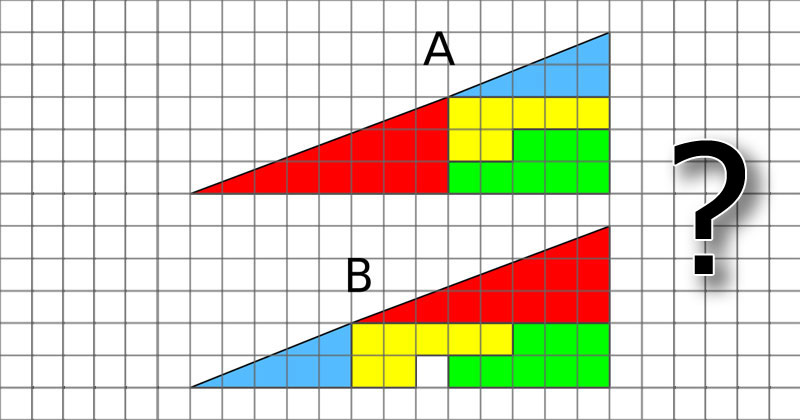