In the desert of southwestern Peru you will find the village of Huacachina, a tiny oasis with a modest population of a hundred or so permanent residents. The seemingly secluded village is in fact, a scant 8km from the city of Ica, the region’s capital (and a decent size with a population of approximately 220,000).

Built around a small lagoon, Huacachina is a popular tourist destination featuring activities like sandboarding and dune buggy rides on the surrounding sand dunes that can stretch several hundred feet high. Like most deserts, the temperature is typically hot, sunny and dry with very little rain. May to August seems to be ‘high season’ for Huacachina (which is Winter time for the region). You can find plenty of travel information at Huacachina.com.

According to an article in the Peruvian Times, private landowners near the oasis have installed wells to access the groundwater, drastically reducing the level of water in the oasis. To compensate for the dropping water levels of Huacachina’s lagoon, water is artificially pumped in.

Huachachina flourished in the 1940s and 1950s as a getaway for the Peruvian elite and regained a certain prominence through tourism promotion campaigns in the 1990s. Today it is a backpacker’s paradise and top destination for sandboarding and dunebuggy rides. The picturesque village is even featured on the back of the 50 Nuevo Sol note (Peru’s official currency).

A local legend has it that the lagoon was created when an inquisitive young hunter disturbed a beautiful princess while she was bathing. She fled, leaving the pool of water behind which became the lagoon. [Source]

To Sua: A Natural Swimming Hole in the South Pacific 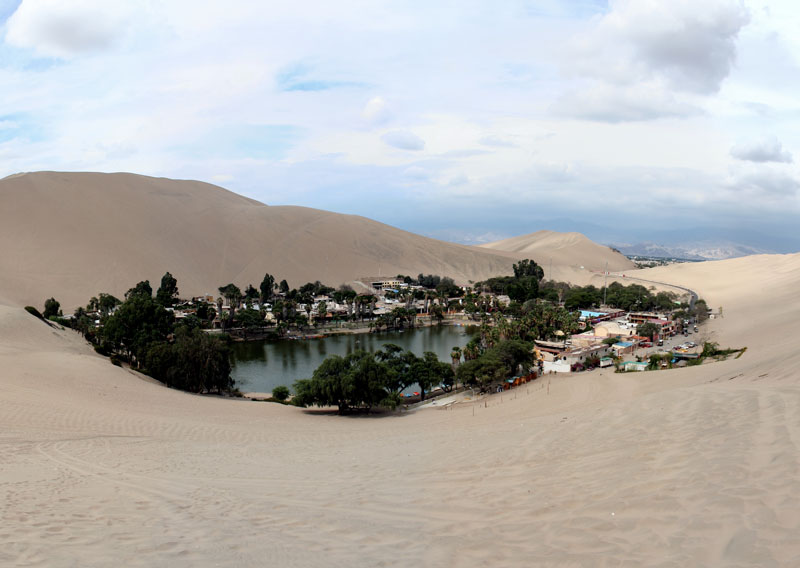