In this perfectly timed photo we see an encounter between two fast flying creatures, a hummingbird and bee.

END_OF_DOCUMENT_TOKEN_TO_BE_REPLACED

Photographer Anand Varma captured the incredible 21 day transformation from bee egg to larvae to pupae to adult, unveiling the breathtaking timelapse as part of a recent TED Talk. Varma raised bees in his backyard — in front of a camera — to get an up close view. The project, for National Geographic, gives…

END_OF_DOCUMENT_TOKEN_TO_BE_REPLACED

Flow Hive is a revolutionary beehive invention, allowing you to harvest honey without opening the hive and with minimal disturbance to the bees. The ground-breaking project launched on Indiegogo earlier this year with a modest goal of $70,000 USD. The project became a worldwide sensation and Indiegogo’s most successful crowdfunding campaign in history, raising…

END_OF_DOCUMENT_TOKEN_TO_BE_REPLACED

Bee Trapped in Spider’s Web Gets Rescued by Another Bee

Amazing footage shows a bee caught in a spider’s web, seemingly doomed until another bee swoops in and stings the spider. These are bumblebees so they do not lose their stinger and die afterwards (that’s a honey bee). What’s unclear is if the second bee was actually coming to assist or merely happened to…

END_OF_DOCUMENT_TOKEN_TO_BE_REPLACED

The importance of bees cannot be understated. In the US alone, the Department of Agriculture estimated that bees pollinate about 80% of flowering crops, constituting about 1/3 of everything Americans eat. Their ability to pollinate has a tremendous environmental and economic impact on the entire globe. And now their influence is spreading to the…

END_OF_DOCUMENT_TOKEN_TO_BE_REPLACED 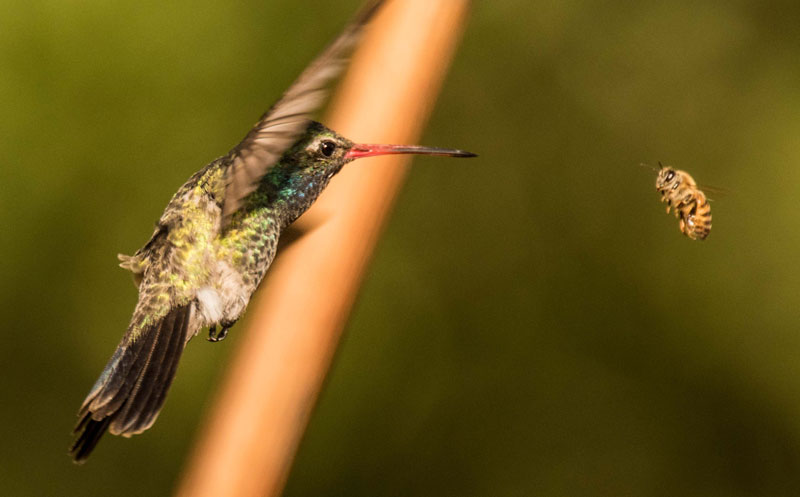