Buildings around the world showed their solidarity and support for the victims of the horrific attacks in Paris, France on November 13, 2015. From Australia to Brazil to Canada, iconic buildings and monuments projected the colours of the French flag onto their façades.

At least 128 people were killed last night in coordinated attacks across Paris by eight gunmen and suicide bombers. It is the worst atrocity in Europe since the 2004 Madrid Bombings and the deadliest attacks ever in peacetime France. You can read more about the terrorist attack on BBC. 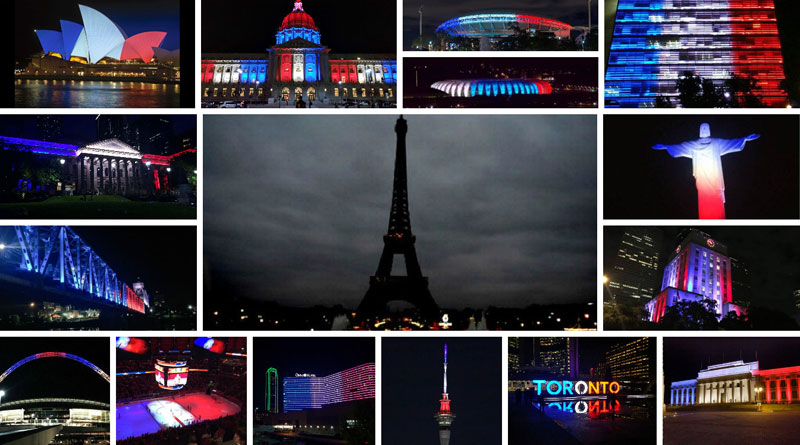