I took this photo in the Ngorongoro Conservation Area located just outside of Serengeti National Park. It was mid-afternoon and these five lionesses were resting under a tree, shading themselves from the hot sun above.

This was only the second group of ‘wild’ lions I had ever seen in my life. I saw two others sleeping elsewhere about five minutes before this photograph was taken. It was an amazing experience and one I will never forget. The lion on the far right was rolling around on its back, probably trying to itch herself or get into a more comfortable position.

While I would come across more lions on safari, you never forget your first encounters with animals in the wild, it’s such a thrilling experience! I hope to share more photos from my African travels in the coming weeks and months.

The Ngorongoro Conservation Area (NCA) is a conservation area and a UNESCO World Heritage Site located 180 km (110 mi) west of Arusha in the Crater Highlands area of Tanzania. The famous Ngorongoro Crater, a large volcanic caldera, lies within the area.

The Ngorongoro area originally was part of the Serengeti National Park when it was created by the British in 1951. Masai continued to live in the newly created park until 1959, when repeated conflicts with park authorities over land use led the British to evict them to the newly declared Ngorongoro Conservation Area (NCA). Land in the conservation area is multi-use and unique because it is the only conservation area in Tanzania that protects wildlife while allowing human habitation. [Source: Wikipedia] 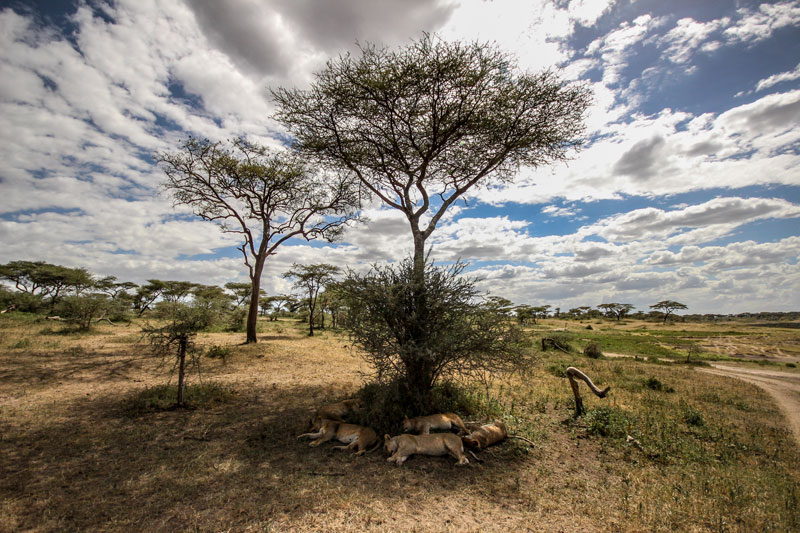