In this breathtaking underwater photograph by Kurt Arrigo, we see a woman freediving (i.e., no breathing aid) with a school of tuna fish. This is not a composite or digitally manipulated as many may be quick to assume. The model in the photograph is Saho Harada, a two-time Olympic synchronised swimmer for Japan, and the photograph was taken at a depth of approximately 18 meters (59 ft).

On 500px where I came across this photo, Kurt titled it, Set me free. At first it didn’t make much sense to me. Was he implying the woman was being trapped by the surrounding tuna fish? Then I noticed the faint mesh pattern in the background and realized the fish and diver were inside a large fishing net.

At first glance, it is an achingly beautiful photo of a woman in harmony with the surrounding tuna. Her pose, the lighting, the composition; it’s dreamlike. While the reality stands in stark contrast: these fish are taking their final swim before being hauled up to the surface. A truly striking image.

via Kurt Arrigo on 500px 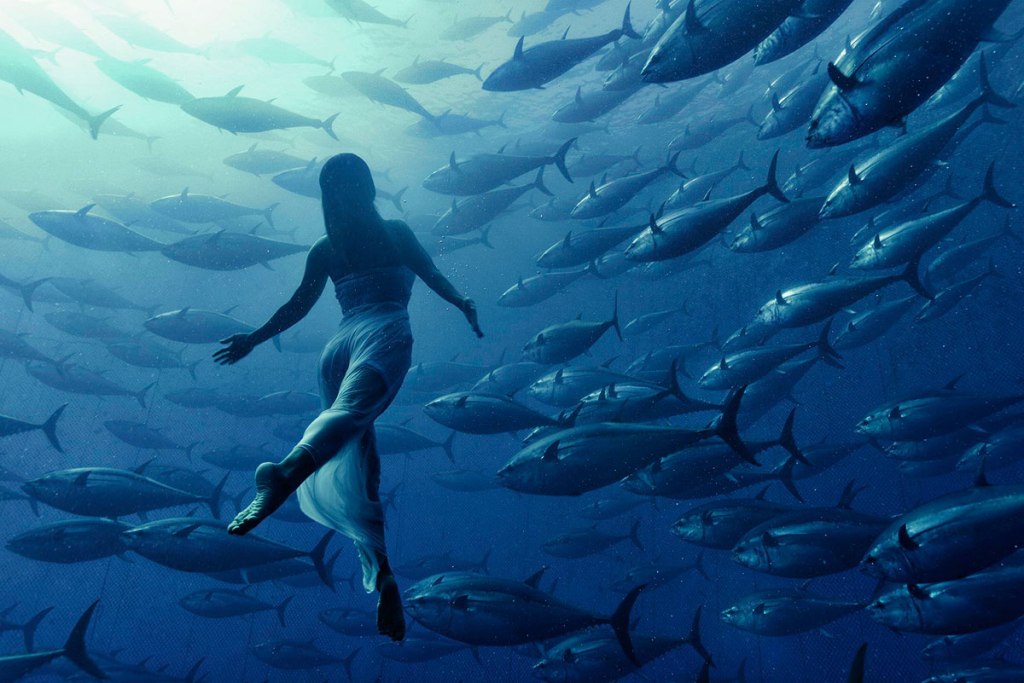