“All Above the Sky” is the latest photo manipulation by artist and photographer Erik Johansson (featured previously). On his blog, Erik adds:

All Above the Sky is a project that I wanted to realize for a long time but it was not until the summer of 2017 that I decided to start working on it. I finally found the location I was looking for by the lake “Vänern” in Sweden, more exactly here: “58°40’05.5″N 13°29’31.6″E”. It was a calm late summer evening as the rain was sweeping by in the horizon. I used a Profoto 7b 1200ws with a magnum Reflector to light the rocks from the left and then later shot the model in the same light in the water. Shot and filmed on Hasselblad H6D-50c with the 50mm II. See the process in the video below: [source] 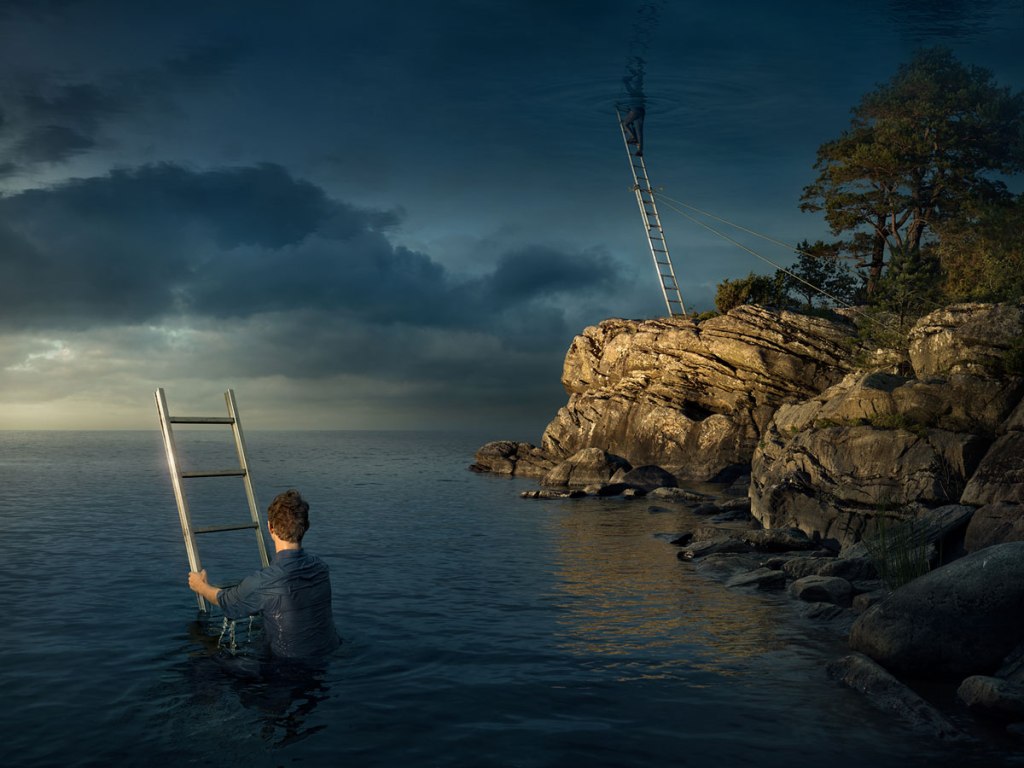