A new research paper published in the scientific journal PLoS One has found google eyes to be effective at reducing bird-on-plane collisions at airports. A team of scientists from Centre National de la Recherche Scientifique (CNRS) and the University of Rennes, with some help from the Airbus corporation, applied their knowledge of avian physiology to the problem, in a paper titled: “Wide-eyed glare scares raptors: From laboratory evidence to applied management”

After 300 tests, only one pattern triggered the desired avoidance behavior: a pair of looming googly eyes. By “looming,” the researchers are referring to a motion effect in which the image gradually grows larger over time. Doesn’t sound very threatening, but it likely presents an optical illusion to the raptors. The looming eyes trigger the impression of an imminent collision, likely with another bird.

PLoS One via Gizmodo 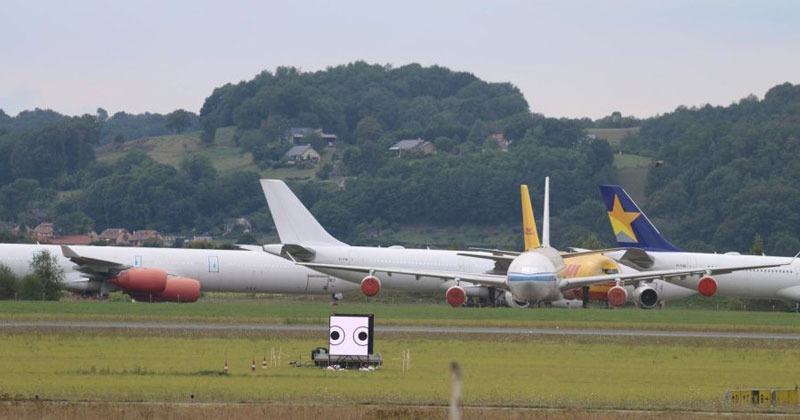