DIVING FROM A HELICOPTER

In this incredible capture by Romina Amato, we see professional diver Orlando Duque of Colombia diving 23 metres (75 ft) from a helicopter next to Ashford Castle. The dive took place during a training session in build up to the 2012 Red Bull Cliff Diving World Series in Cong, Ireland on June 11th, 2012.

The Red Bull Cliff Diving World Series 2012 follows the traditional high diving format and is a mix of the rules from FINA and HDA. Divers hand in their four planned dives the day before the first day of competition – dives shall consist of two required dives of a maximum degree of difficulty of 3.6 and two optional dives assigned a degree of difficulty computed from the HDA (High Diving Alliance) table. These dives are scored by five high diving judges.

Categories: PICTURE OF THE DAY, SPORTS 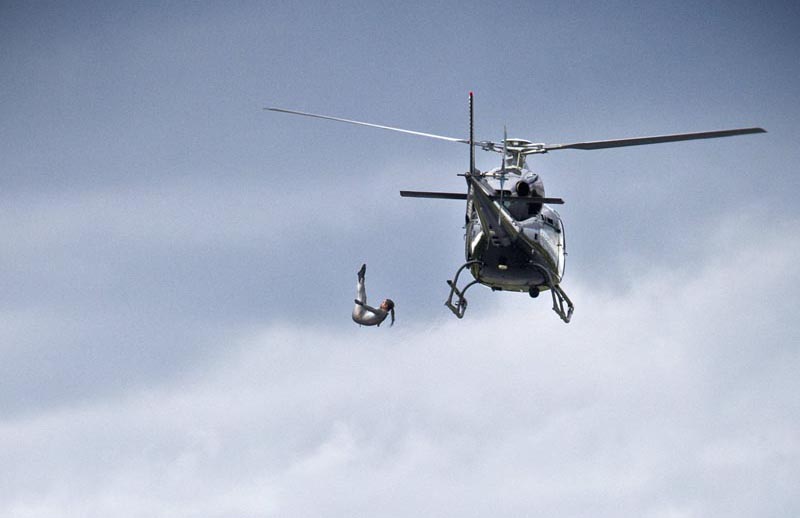