UP AND DOWN THE SPIRAL

Shown here is the famous double spiral staircase at the Vatican Museums in Viale Vaticano in Rome, inside the Vatican City. The stairs were designed by architect and engineer Giuseppe Momo in 1932 and commissioned by Pope Pius XI.

The Vatican Museums are among the greatest museums in the world, displaying works from the immense collection built up by the Roman Catholic Church throughout the centuries including some of the most renowned classical sculptures and most important masterpieces of Renaissance art in the world. Pope Julius II founded the museums in the early 16th century. The Sistine Chapel with its ceiling decorated by Michelangelo and the Stanze della Segnatura decorated by Raphael are on the visitor route through the Vatican Museums. The Vatican Museums broke attendance records in 2011 with just over 5 million people. [Source] 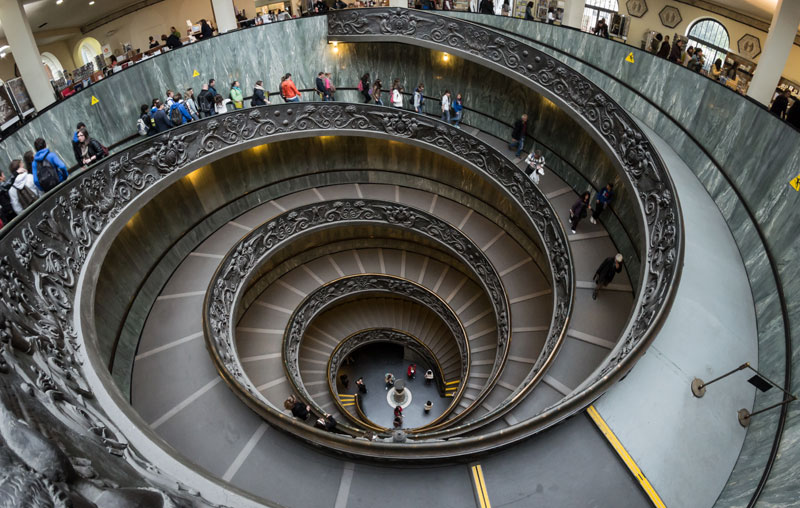