Calgary-based photographer Gaswerks recently sent us this interesting photo of a cloud that looks like the side profile of a face. The photographer adds:

“I captured this photo tonight (July 16) outside Banff, Alberta. I took a number of photos of the moody sky trying to get a nice silhouette of Mt. Yamnuska, not realizing my best pic was a face in the clouds!”

For those curious, the image was taken with a Canon EOS 6D using: 14mm L, f/2.8, 400 ISO, 1/500 sec. As for seeing faces in things, it’s actually a psychological phenomenon known as pareidolia.

Pareidolia involves a vague and random stimulus (often an image or sound) being perceived as significant; it’s a form of apophenia (seeing meaningful patterns or connections in random or meaningless data).

Be sure to check out our previous compilation on the phenomenon, 50 Faces in Everyday Objects 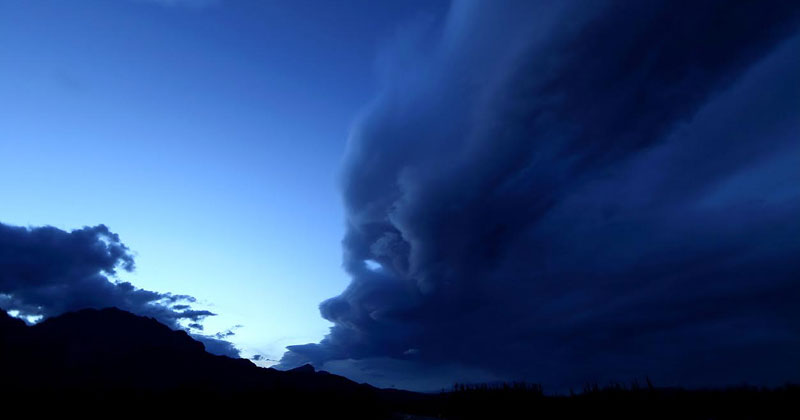