Abandoned on a sandbar in Tomales Bay was this small fishing boat which had become a popular attraction for photographers visiting the Point Reyes National Seashore in California.

That was until last February when a fire on deck destroyed much of the remains. According to the Daily Mail, firefighters from nearby Inverness battled the blaze for two hours before extinguishing the fire. It was reported that the cause may have been a photographer’s long-exposure light-painting photo involving sparks from burning steel wool.

It’s tragic that one irresponsible person may have ruined this beloved tourist attraction for so many people but the photos of the Point Reyes shipwreck will live on.

via Adil Ashraff on Wikimedia Commons 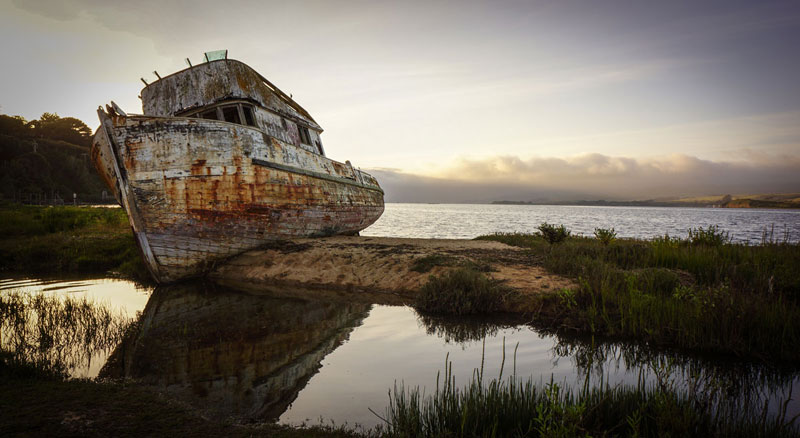