Researchers using the Dark Energy Camera (DECam) at the Cerro Tololo Observatory in Chile, captured this incredible image of stars clustered near the center of the Milky Way Galaxy called ‘the bulge‘.

The picture above definitely does not do the image justice, so do yourself a favor and click the image above (or here) to see much larger resolution image that is zoomable.

This particular section of stars is a mere fraction of the stars in the ‘bulge’, let alone in the Milky Way Galaxy, which scientists estimate at up to 400 billion!

The colossal numbers are impossible to grasp… The Milky Way is but one of two trillion galaxies in the observable Universe, some far bigger and some smaller. But all combined, that’s a lot of stars…

If you want to read more about the research, check out this news release on Hubble Site. It’s got way more scientific information for you to digest.

Bad Astronomy on Syfy via Kottke 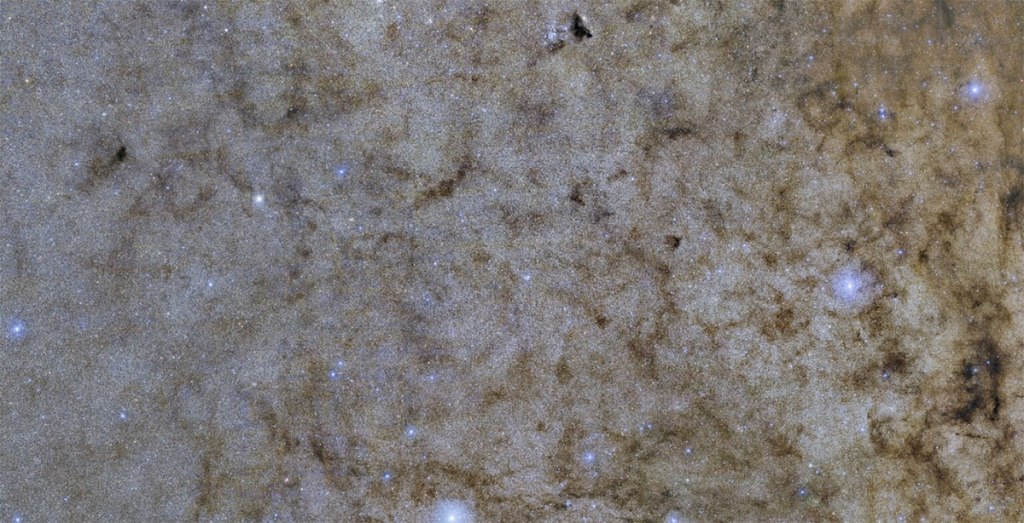