Picture of the Day: Fresh Crater on Mars

END_OF_DOCUMENT_TOKEN_TO_BE_REPLACED

Picture of the Day: Mysterious Crater in Siberia

Photograph by Vladimir Pushkarev/Russian Centre of Arctic Exploration Scientists in northern Siberia’s Yamal Peninsula recently descended into a massive, newly formed crater. Vladimir Pushkarev, the leader of the new mission and director of the Russian Centre of Arctic Exploration, took probes and made measurements with his team in hopes determining the cause of the…

END_OF_DOCUMENT_TOKEN_TO_BE_REPLACED

© Tormod Sandtorv / Darvasa gas crater panorama / CC BY-SA 2.0 Nicknamed the ‘door to hell’, the Darvaza Crater in Turkmenistan has been burning for over 40 years. The 225 ft wide (69 meters) and 98 ft deep (30 meters) crater is located in the middle of the Karakum Desert which occupies…

END_OF_DOCUMENT_TOKEN_TO_BE_REPLACED

Picture of the Day: Fresh Crater on Mars 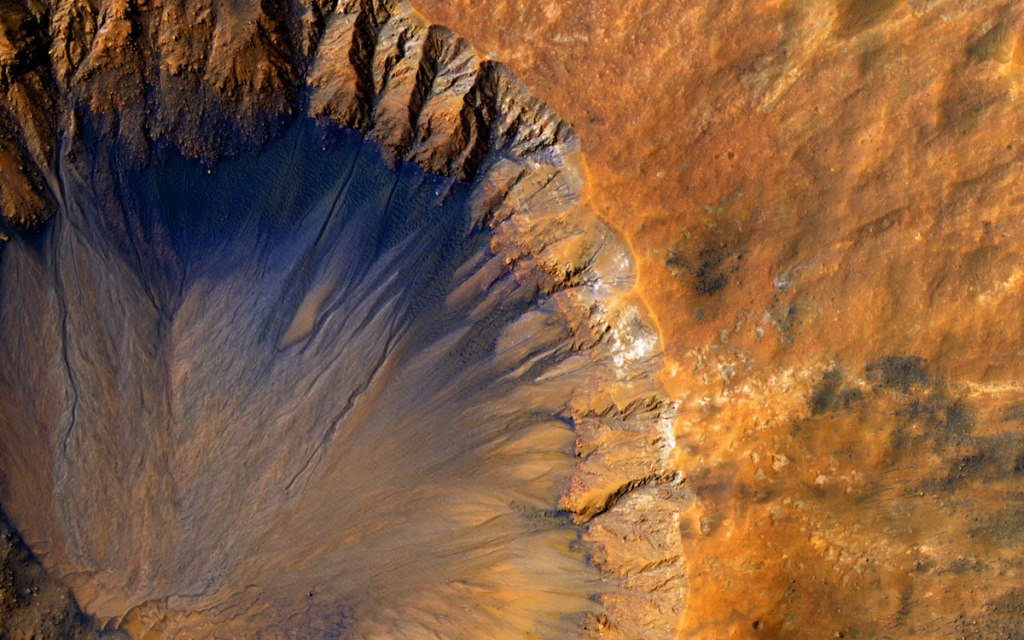