In the battle for high-speed helicopter supremacy, two industry heavyweights SIKORSKY and EUROPCOPTER are pushing the limits with dramatically different approaches. Sikorsky’s X2 employs a par of counter-rotating main rotors and a pusher prop, while Eurocopter’s aptly-named ‘X3’ uses a hybrid design of turbine engines and forward-facing propellers mounted on small wings.

Why the need for speed? The battle is being driven by military demands, although both companies cite civilian applications like SAR (search and rescue), medical evacuation, border patrol and coast guard duties. While top-speeds are important, costs will also be an essential factor. [Source: Wired]

The X2 combines an integrated suite of technologies intended to advance the state-of-the-art, counter-rotating coaxial rotor helicopter. It is designed to demonstrate that a helicopter can cruise comfortably at 250 knots while retaining such desirable attributes as excellent low-speed handling, efficient hovering, and a seamless and simple transition to high speed.

The X2 Technology program began in 2005 when Sikorsky first committed resources and full funding for the program’s development. [Source: Sikorsky]

Eurocopter began X3 flight testing last September in a program that combines the excellent vertical takeoff and landing capabilities of a helicopter with aircraft-type fast cruise speeds of more than 220 kts. After the X3 achieved the initial true airspeed goal of 180 kts. (207 mph, 333 km/h) in November at a reduced level of engine power, the X3 underwent its planned gearbox upgrade and safety inspection.

The X3’s latest speed milestone was reached on May 12, 2011 during stable, level flight – with the hybrid demonstrator maintaining a true airspeed of 232 knots (267 mph, 430 km/h) for several minutes. This occurred during only the third mission after a scheduled upgrade that integrated the X3’s definitive gearboxes, enabling it to operate at full power.

The X3 utilizes a Eurocopter Dauphin helicopter airframe equipped with two turboshaft engines that power a five-blade main rotor system and two propellers which are installed on short-span fixed wings. This hybrid configuration creates an advanced transportation system offering the speed of a turboprop-powered aircraft and the full hover flight capabilities of a helicopter. [Source: Eurocopter] 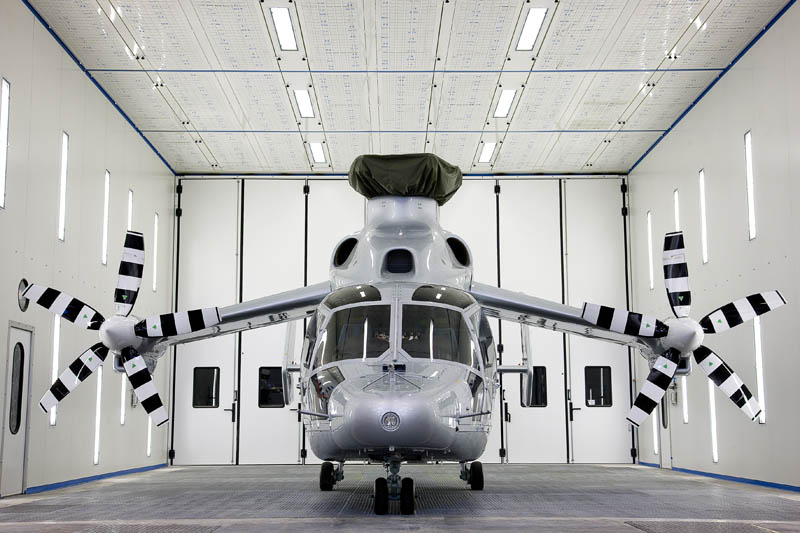