A spectrograph is an instrument or program that is used visualize the sound spectrum (a more detailed explanation can be found here). Additionally, there are also programs (such as Coagula and Metasynth) that allow users to easily convert any image into an audio file (you can even find a video tutorial on YouTube).

Musicians can then take these ‘image to audio’ files, mix them into a track and if you were to run that audio through a spectrograph you would suddenly see images like the ones in the gallery below. The most famous of these is undoubtedly from the song ‘[Equation]’ by Aphex Twin.

When first discovered a slightly terrifying ‘demon face’ was found. It wasn’t until a fellow by the name of Jarmo Niinisalo came along and tweaked the settings to unearth the true image, the Aphex Twin himself, Richard D. James.

Below you will find a collection of images embedded into songs. If you know of any other notable examples please let us know in the comments!

This was the original ‘demon face’ image first found in Aphex Twin’s ‘[Equation]’ song using a linear frequency scale instead of a logarithmic frequency scale.

This is the actual title of the track. You can see why it is also known as ‘[Equation]‘ or ‘[Formula]‘

5. Beyond by Disasterpeace (FEZ Soundtrack)

– bastwood.com: The Aphex Face
– the nine inch nails wiki
– Venture Beat: The Fez soundtrack’s hidden images and how they got there
– Black Coffee Spirit: Part 1 | Part 2

10 Glorious Easter Eggs on the Internet 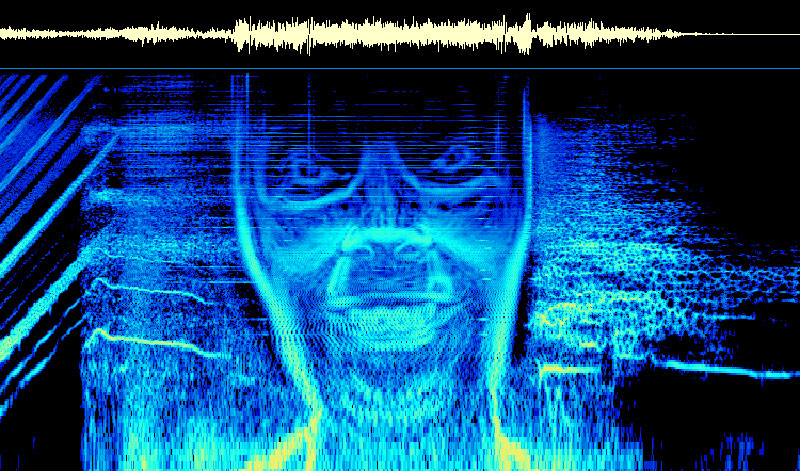