Reddit user Corey Perkins (u/per1993) posted an incredible wedding album earlier this week. The Imgur photo gallery (which has been viewed over 765,000 times in three days), shows the couple’s breathtaking ceremony at the Chengeta Safari Lodge, which is located about 80 km from Harare, the capital city of Zimbabwe.

The couple met while attending Seton Hill University and got married in the United States three years ago. Earlier this year they travelled to Zimbabwe for a second wedding so the bride’s family could celebrate the joyous union.

The day’s events were captured by local photographer Christopher Scott. I’ll let the images speak for themselves but this is truly one of the most incredible wedding locations I’ve ever seen!

My Close Encounter with Lions in Botswana

Eating Breakfast with Giraffes in Kenya

Recreating Scenes from the Lion King While on an Actual Safari 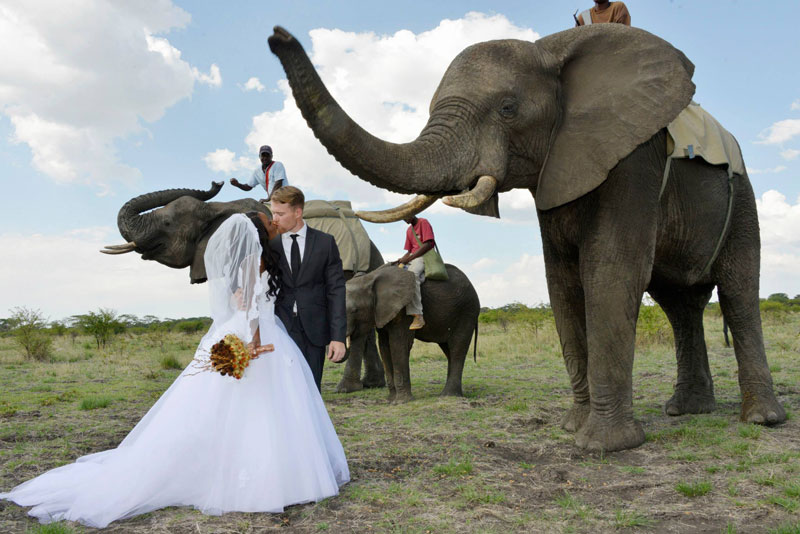