The name of the waterfalls comes from a Native American legend, although several significantly different versions exist. According to one account it involves a princess named Elakala who threw herself over the edge of the first waterfall when her lover scorned her. Another account of the legend involves a Massawomee warrior named Elakala who was girl-shy and fell to his death from the falls while being pursued by two women of his tribe. [source]

This photo, taken by ForestWander Nature Photography, was awarded second place in the Wikimedia Commons Picture of the Year for 2009.

via ForestWander on Wikimedia Commons 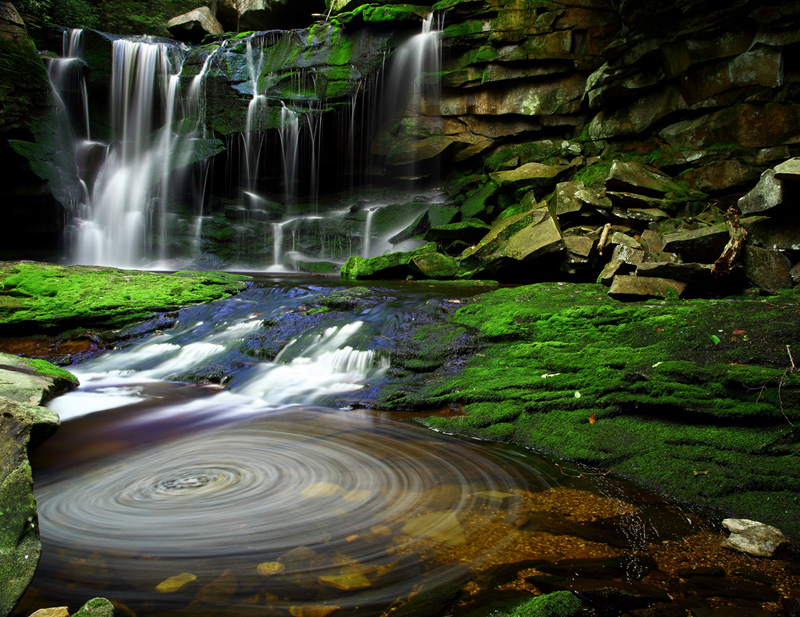