Into the Jaws of Death is a historic photograph taken on June 6, 1944, by Robert F. Sargent, a chief photographer’s mate in the United States Coast Guard. It depicts U.S. Army’s 1st Infantry Division soldiers disembarking from an LCVP (Landing Craft, Vehicle, Personnel) from the U.S. Coast Guard-manned USS Samuel Chase at Omaha Beach during the Normandy Landings in World War II. [source]

The Higgins Boat depicted in the photograph had departed from the attack transport USS Samuel Chase about 10 miles (8.7 nmi; 16 km) from the coast of Normandy at around 5:30 AM. Waves continuously broke over the boat’s square bow, and the soldiers inside were drenched in cold ocean water.

The photograph was taken at 7:40 AM local time. It depicts the soldiers departing the Higgins boat and wading through waist-deep water towards the “Easy Red” sector of Omaha Beach. In all, the Chase lost six landing crafts that day; four foundered near the beach, one was “impaled” by a beach obstacle, and another sunk by enemy gunfire.

Into the Jaws of Death remains one of the most iconic and widely reproduced photographs of the D-Day landings. The original can be found at the United States Coast Guard Historian’s Office. 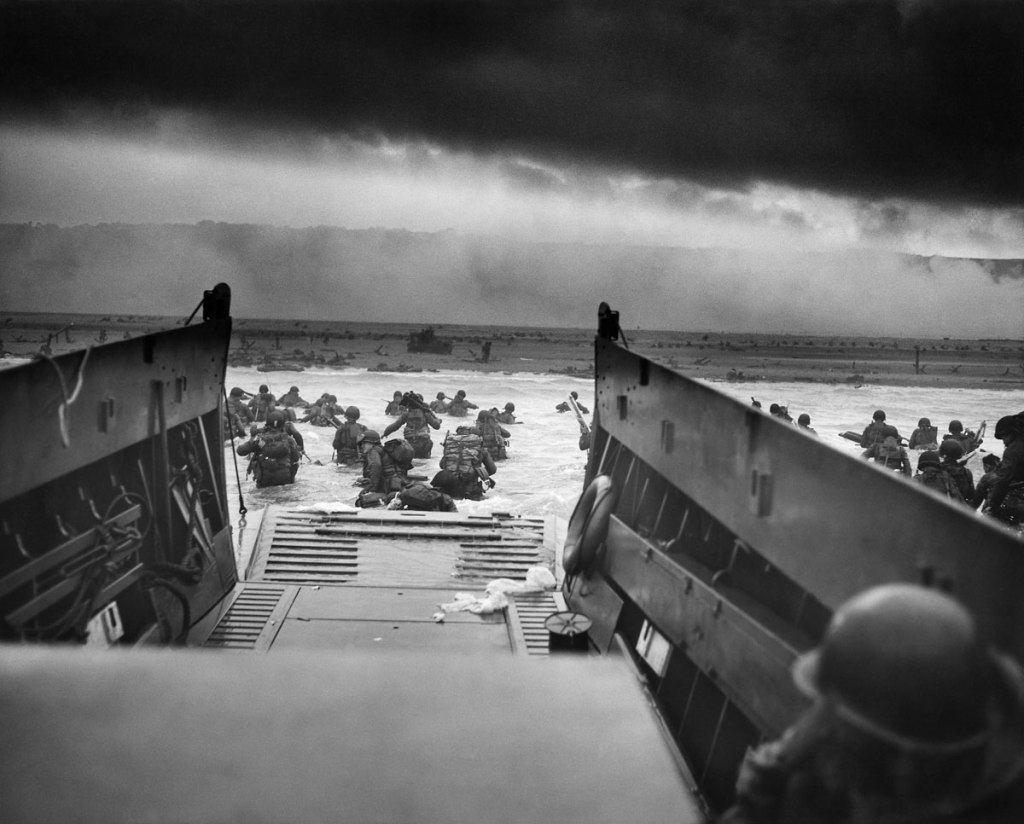