The Grand Canyon Skywalk is a transparent horseshoe-shaped cantilever bridge and tourist attraction in Arizona near the Colorado River on the edge of a side canyon in the Grand Canyon West area of the main canyon. USGS topographic maps show the elevation at the Skywalk’s location as 4,770 ft (1,450 m) and the elevation of the Colorado River in the base of the canyon as 1,160 ft (350 m), and they show that the height of the precisely vertical drop directly under the skywalk is between 500 ft (150 m) and 800 ft (240 m).

Commissioned and owned by the Hualapai Indian tribe, it was unveiled March 20, 2007, and opened to the general public on March 28, 2007. It is accessed via the Grand Canyon West Airport terminal or a 120-mile (190 km) drive from Las Vegas, which includes a 10-mile (16 km) stretch of dirt road which is currently under development. The Skywalk is east of Meadview and north of Peach Springs with Kingman being the closest major city. [Source: Wikipedia]

via skywalk-tour.blogspot.com
SEE MORE ‘PICTURES OF THE DAY’

Categories: PICTURE OF THE DAY, TRAVEL 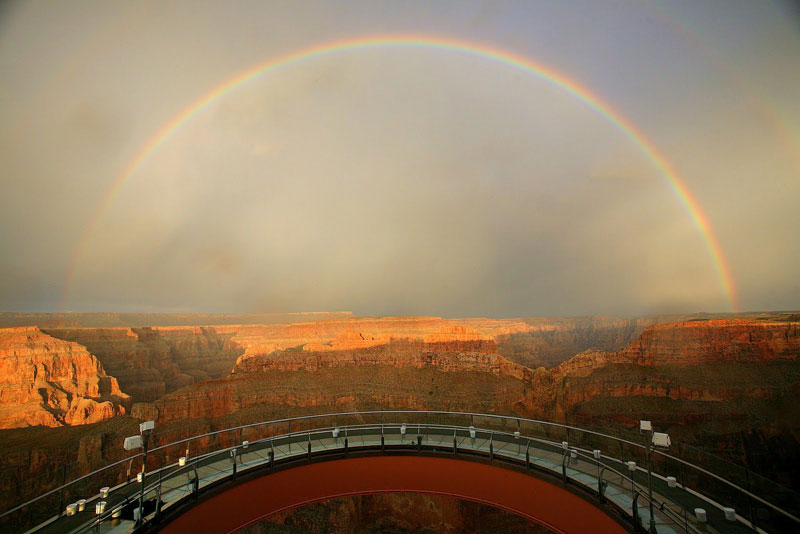