Michael Hughes is a photographer from London, England, who now calls Berlin home. In his ongoing series entitled Souvenirs, Hughes takes pictures of tiny souvenirs in front of their real life counterparts. Using a technique called forced perspective, Michael is able to bring the tiny objects to life.

The idea first came to him in 1999 while on assignment for a Finnish daily newspaper, Helsingin Sanomat. Before leaving that morning to take photos of the Rhine, he noticed a postcard in the hotel lobby. The postcard featured a previous winner of the Miss Loreley competition. Knowing his daughter (who was five at the time) had a thing for princesses, he decided to purchase the postcard for her.

As he took his shots for the newspaper, Hughes realized he was standing in what seemed to be the exact same spot the postcard was taken. He then placed it in front of his camera and the project was born.

The picture that started it all

Since that humble beginning, Michael has gone on to take 150+ photos of souvenirs in front of their actual counterparts. You can see the entire collection on Flickr. On his website, You can also download 10mb tiff files of the most popular images for you to print on the medium of your choice. Each image costs 1 euro.

For higher quality prints you can check out Michael’s online storefront at Imagekind. 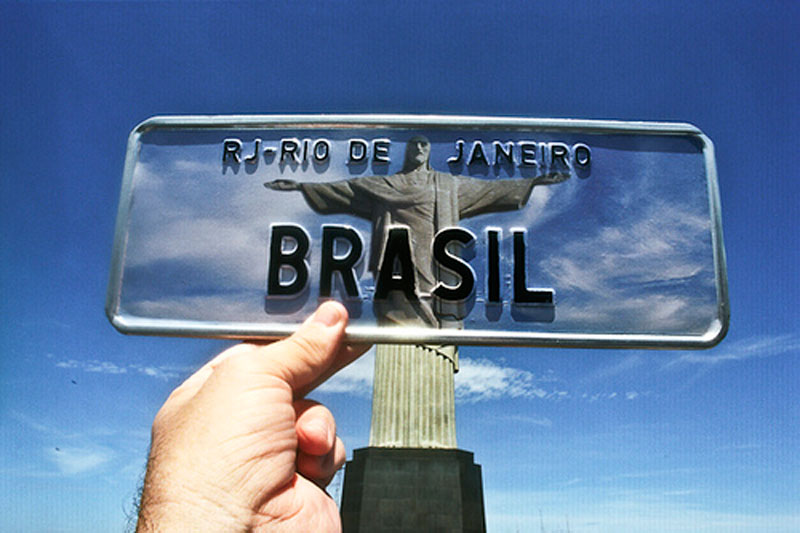