On Dec. 24, 2013, NASA astronaut Mike Hopkins, Expedition 38 Flight Engineer, participates in the second of two U.S. spacewalks, spread over a four-day period, which were designed to allow the crew to change out a faulty water pump on the exterior of the Earth-orbiting International Space Station. He was joined on both spacewalks by NASA astronaut Rick Mastracchio, whose image shows up in Hopkins’ helmet visor. 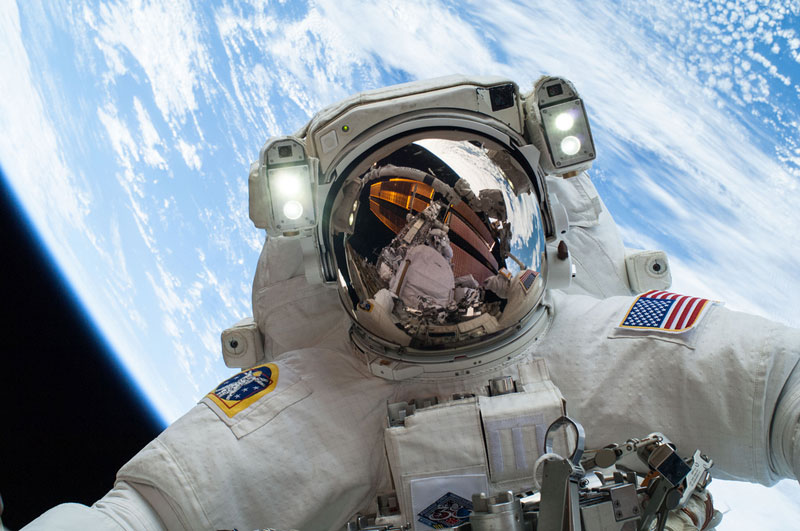