In random Internet news, KFC’s official twitter account only follows 11 people: All 5 spice girls and 6 random guys named Herb. For those unfamiliar, Colonel Sander’s Original Recipe of “11 herbs and spices” is one of the most famous trade secrets in the food industry.

In fact, the recipe is not patented, because patents are published in detail and come with an expiration date, whereas trade secrets can remain the intellectual property of their holders in perpetuity.

Did you know a copy of the recipe, signed by Sanders, is held inside a safe inside a vault in KFC’s Louisville headquarters, along with eleven vials containing the herbs and spices? To maintain the secrecy of the recipe, half of it is produced by Griffith Laboratories before it is given to McCormick, who add the second half. [source] 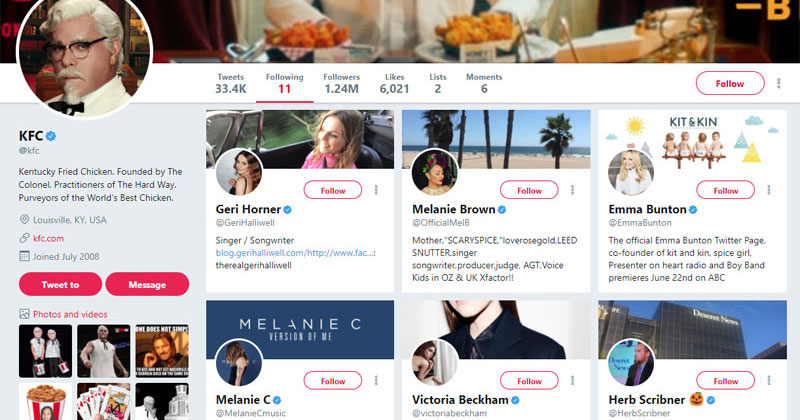