The first recorded humans to reach the Geographic South Pole were Norwegian Roald Amundsen and his party on December 14, 1911. Amundsen named his camp Polheim and the entire plateau surrounding the Pole King Haakon VII Vidde in honour of King Haakon VII of Norway. Robert Falcon Scott had also returned to Antarctica with his second expedition, the Terra Nova Expedition, in a race against Amundsen to the Pole. Scott and four other men reached the South Pole on January 17, 1912, thirty-four days after Amundsen. On the return trip, Scott and his four companions all died of starvation and extreme cold.

The South Pole, also known as the Geographic South Pole or Terrestrial South Pole, is one of the two points where the Earth’s axis of rotation intersects its surface. It is the southernmost point on the surface of the Earth and lies on the opposite side of the Earth from the North Pole. Situated on the continent of Antarctica, it is the site of the United States Amundsen-Scott South Pole Station, which was established in 1956 and has been permanently staffed since that year. The Geographic South Pole should not be confused with the South Magnetic Pole, which though geographically nearby, is defined based on the earth’s magnetic field. [Source]

Mariner 2 (Mariner-Venus 1962), an American space probe to Venus, was the first space probe to conduct a successful planetary encounter. The first successful spacecraft in the NASA Mariner program, it was a simplified version of the Block I spacecraft of the Ranger program and an exact copy of Mariner 1. The missions of Mariner 1 and 2 spacecraft are together sometimes known as the Mariner R missions. Mariner 2 passed within 35,000 kilometres (22,000 mi) of Venus on December 14, 1962.

The primary mission was to receive communications from the spacecraft in the vicinity of Venus and to perform a radiometric temperature measurements of the planet. A second objective was to measure the Interplanetary Magnetic Field and charged particle environment.

The two-stage Atlas-Agena rocket carrying Mariner 1 veered off-course during its launch on July 22, 1962 due to a defective signal from the Atlas and a bug in the program equations of the ground-based guiding computer, and subsequently the spacecraft was destroyed by the Range Safety Officer. A month later, the identical Mariner 2 spacecraft was launched successfully on August 27, 1962, sending it on a 3.5 month flight to Venus. The spacecraft is now defunct in a heliocentric orbit. [Source]

On Apollo 17, Cernan became “the last man on the Moon” since he was the last to re-enter the lunar module Challenger during the mission’s third and final extra-vehicular activity (EVA). Cernan is one of only three humans to voyage to the Moon on two different occasions (the others being Jim Lovell and John Young), one of only twelve people to walk on the moon and the only person to have descended toward the Moon in the lunar lander twice.

While on the Moon during Apollo 17, he and his crewmate Harrison Schmitt performed three EVAs for a total of about 22 hours of exploration. Their first EVA alone was more than three times the length Neil Armstrong and Buzz Aldrin spent outside the LM on Apollo 11. During this time they covered more than 35 km (22 mi) using the Lunar Rover and spent a great deal of time collecting geologic samples that would shed light on the Moon’s early history. Cernan piloted the rover on its final sortie, recording a maximum speed of 11.2 mph (18.0 km/h), giving him the (unofficial) lunar land speed record.

Apollo 17 Saturn V rocket at dusk. The last human flight to the moon – Photograph by NASA

The Three Gorges Dam is a hydroelectric dam that spans the Yangtze River by the town of Sandouping, located in the Yiling District of Yichang, in Hubei province, China. The Three Gorges Dam is the world’s largest power station in terms of installed capacity (20,300 MW) but is second to Itaipu Dam with regards to the generation of electricity annually.

As well as producing electricity, the dam increases the Yangtze River’s shipping capacity, and reduces the potential for floods downstream by providing flood storage space. The Chinese government regards the project as a historic engineering, social and economic success, with the design of state-of-the-art large turbines, and a move toward limiting greenhouse gas emissions. However, the dam flooded archaeological and cultural sites and displaced some 1.3 million people, and is causing significant ecological changes, including an increased risk of landslides. The dam has been a controversial topic both in China and abroad. [Source]

BOSNIAN WAR ENDS WITH SIGNING OF THE DAYTON AGREEMENT
DECEMBER 14, 1995

The General Framework Agreement for Peace in Bosnia and Herzegovina, also known as the Dayton Agreement, Dayton Accords, Paris Protocol or Dayton-Paris Agreement, is the peace agreement reached at Wright-Patterson Air Force Base near Dayton, Ohio in November 1995, and formally signed in Paris on December 14, 1995. These accords put an end to the three and a half year long war in Bosnia, one of the armed conflicts in the former Socialist Federative Republic of Yugoslavia. [Source]

As of early 2008 the International Criminal Tribunal for the former Yugoslavia had convicted 45 Serbs, 12 Croats and 4 Bosniaks of war crimes in connection with the war in Bosnia. The most recent research places the number of killed people at around 100,000–110,000 and the number displaced at over 2.2 million, making it the most devastating conflict in Europe since the end of World War II. [Source]

TORRENTIAL RAINS CAUSE THE VARGAS TRAGEDY IN VENEZUELA
DECEMBER 14, 1999

The 1999 Vargas tragedy was a disaster that struck the Vargas State of Venezuela in December 1999, when the torrential rains and the flash floods and debris flows that followed on 14–16 December killed tens of thousands of people, destroyed thousands of homes, and led to the complete collapse of the state’s infrastructure. According to relief workers, the neighborhood of Los Corales was buried under three metres (9.8 feet) of mud and a high percentage of homes were simply swept away to the ocean. Whole towns like Cerro Grande and Carmen de Uria completely disappeared. As much as 10% of the population of Vargas perished during this event.

The unusually strong storm in December 1999 dumped 911 millimetres (35.9 in) of rain over just a few days, triggering soil instability and flow of debris. The disaster caused estimated damages of USD $1.79 to $3.5 billion. More than 8,000 homes were destroyed, displacing up to 75,000 people. The mudslides significantly altered more than 60 kilometres (37 mi) of the coastline in Vargas. The death toll was considered to be between 10,000 and 30,000—the exact number of casualties is difficult to estimate as there were no reliable census data, especially about shanty towns and small communities that were completely wiped out; moreover, only some 1,000 bodies were recovered, with the rest swept to sea by the mud or buried in the landslides. [Source]

INAUGURATION OF THE WORLD’S TALLEST BRIDGE, THE MILLAU VIADUCT
DECEMBER 14, 2004

The Millau Viaduct is a cable-stayed road-bridge that spans the valley of the river Tarn near Millau in southern France. Designed by the British architect Norman Foster and French structural engineer Michel Virlogeux, it is the tallest bridge in the world, with one mast’s summit at 343.0 metres (1,125 ft). It is the 12th highest bridge in the world, at 270 metres (890 ft) high below the road deck. The viaduct is part of the A75-A71 autoroute axis from Paris to Montpellier. Construction cost was approximately 400 million Euros. It was formally dedicated on 14 December 2004, inaugurated the day after and opened to traffic two days later. See this previous post for more information on the Millau Viaduct

Muntadhar al-Zaidi is an Iraqi broadcast journalist who served as a correspondent for Iraqi-owned, Egyptian-based Al-Bagh. As of February 2011, al-Zaidi works with a Lebanese TV channel. On December 14, 2008, al-Zaidi shouted “This is a farewell kiss from the Iraqi people, you dog” and threw his shoes at then-U.S. president George W. Bush during a Baghdad press conference. Al-Zaidi suffered injuries as he was taken into custody and some sources said he was tortured during his initial detention. There were calls throughout the Middle East to place the shoes in an Iraqi museum, but the shoes were later destroyed by US and Iraqi security forces to prevent this.

Al-Zaidi’s shoeing inspired many similar incidents of political protest around the world. Following the incident, Al-Zaidi was “embraced around the Arab world” and was represented by the head of the Iraqi Bar Association at trial. On February 20, 2009, al-Zaidi received a 90-minute trial by the Central Criminal Court of Iraq. On March 12, 2009, he was sentenced to three years in prison for assaulting a foreign head of state during an official visit. On April 7 the sentence was reduced to one year from three years. He was released on 15 September 2009 for good behavior, after serving nine months of the sentence. [Source]

SEE ALL PREVIOUS ‘THIS DAY IN HISTORY’ POSTS 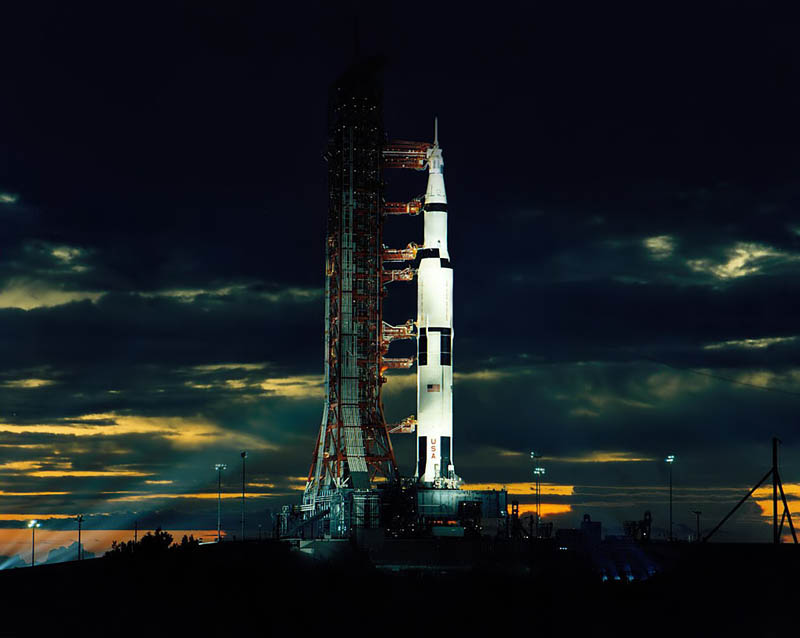