After a recent collaboration with Triple 5 Soul and Bic (where artist Chuck Anderson was commissioned to design the lighter), Anderson was left with plenty of samples.

While he was taking pictures of his portfolio for his new website (including the project above) he got distracted by the lighters and started taking close-ups of them being sparked.

The incredible shots you see below were taken using a Canon 5D Mark II and a Canon 100mm f2.8L macro lens. Aside from slight cropping and the addition of a watermark all photos were taken straight off the camera. No tripod, flash or additional light source was used. Anderson simply held the camera in one hand and a lighter in the other.

Anderson said he would get about 5-6 shots of nothing and maybe 2-3 shots of lighter action in each sequence. It’s like a tiny fireworks display in your hand!

Chuck Anderson does some really amazing artwork (both commercial and personal). You can find him online on his official website as well as Facebook and Twitter. Links below are definitely worth checking out!

NoPattern is the art & design studio of Chuck Anderson. Since 2003, a year after graduating high school, Chuck has been collaborating with clients such as Microsoft, Nike, Warner Bros., Reebok, Burton, Target, and more. In addition to this work, Chuck also produces much of his own personal art, design, & photography as well as collaborations with non-profits such as Invisible Children, charity:water, and WordMadeFlesh, among others. Chuck has also spoken about his work & story at many universities & design conferences around the world and was a judge at the annual Art Director’s Club Awards in NYC. In November 2010, Chuck was named a “Design Icon” by Computer Arts Magazine. Read the article here. 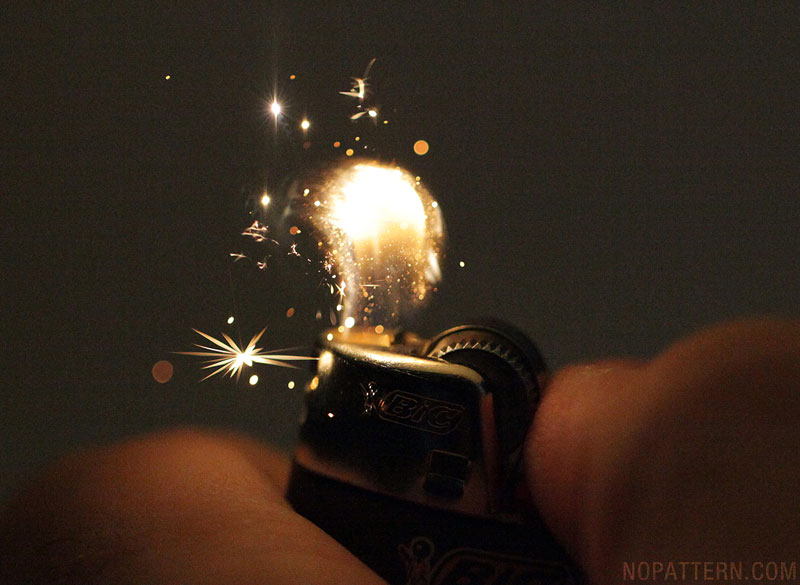