LONE CHAMOIS ABOVE THE CLOUDS

In this beautiful capture by Rado Gadoczi, we see a lone Tatra chamois above the clouds in the High Tatras. The High Tatras or High Tatra Mountains, are a mountain range along the border of northern Slovakia in the Prešov Region, and southern Poland in the Lesser Poland Voivodeship. The 15 highest peaks are all over 2500 m (8200 ft).

The chamois (Rupicapra rupicapra), is a goat-antelope species native to mountains in Europe. The Tatra chamois are a subspecies and considered critically endangered. Their habitat is protected by national parks in both countries. Their population hit a low of 160 in the year 2000, but their numbers have since increased to almost 1100 in 2012.

The Cheapest vs Most Expensive Toaster 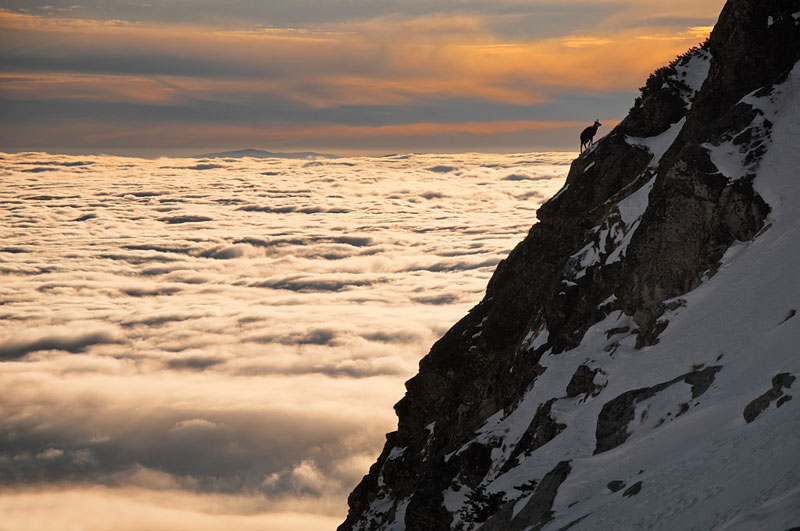