After last night’s unbelievable Wheel of Fortune guess, I was inspired to compile a list of some of the most amazing moments in game show history. From improbable comebacks to million dollar answers; these are five of the greatest moments you’ll ever see in television game show history.

On 16 December 2008, Terry guessed the exact amount for his Price is Right Showcase. The perfect bid meant he won not one but BOTH showcases that day. An incredible feat that netted Terry $56,437 in prizes. According to host Drew Carey, it had not happened since 1972 or 1973. Amazing!

With his grandfather, parents and brother in the crowd, Wheel of Fortune contestant Emil solved the seemingly impossible Bonus Round puzzle on his first guess with only two of the twelve letters revealed. The bonus puzzle netted Emil $45,000 USD to give him a grand total of $63,099 on the day. If you skip to the 2:40 mark you will also learn that there is a ‘Used Letter Board’ off-screen that contestants can use to help them solve the word puzzles.

The Most Improbable Comeback Ever

The Smith family needed at least 200 points to win the $10,000 bonus round. After a rough start that netted the family 4 points on four questions, things were looking bleak. That was until Jim came in and dominated the feud. There has been peace ever since.

John Carpenter became the first millionaire on the game show Who Wants to Be a Millionaire on November 19, 1999. He held the record for the largest single win in United States game show history, until it was broken by Rahim Oberholtzer who won $1.12 million on another U.S. quiz show, Twenty One. Carpenter proceeded to reach the final question without using any of his lifelines. He decided to phone a friend, his dad, for the million dollar question.

*BONUS*
Now that you’ve seen some of the greatest moments in game show history; enjoy this hilarious 13 minute compilation of some of the funniest game show answers ever 🙂 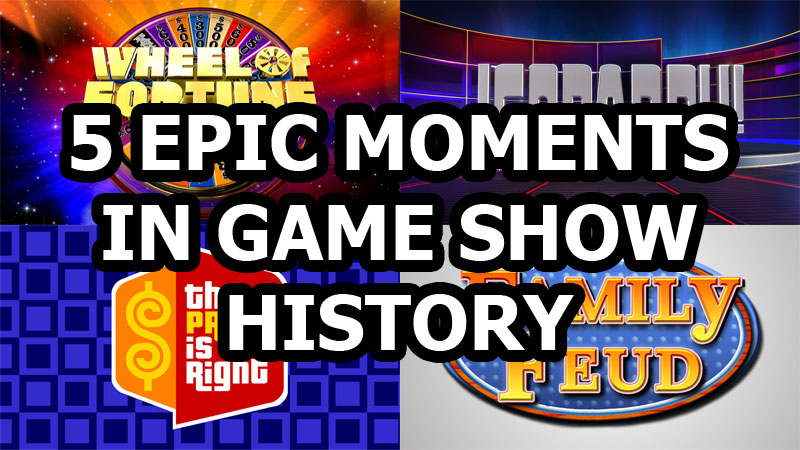