The grand-prize award winner will earn the prestigious title and also receive a seven-day Polar Bear Photo Safari for two at Churchill Wild–Seal River Heritage Lodge, a National Geographic Unique Lodge of the World. The contest, which is open now, ends May 27, 2016, at 12 pm EDT.

Eligible contestants can visit natgeo.com/travelphotocontest to submit photographs in any or all of three categories: Nature, People and Cities. The entry fee is $15 (USD) per photo, and there is no limit to the number of submissions per entrant.

Our friends at National Geographic have let us share some highlights from this year’s Nature category. Visit the official contest page for more information.

Terraces Village in the Mist

Captured this image early morning waiting for one week until I get the right mood of light and fog. Location: Guizhou, China

A cold night on the top of this hill in Lapland, near the Russian border waiting for the dancing lights in the sky. All around, snow ghost are watching, standstill. Location: Lapland, Finland

Last December i sailed to Antarctica on a 54 feet long-haul steel vessel. As we entered the Polar Zone this was one of the first icebergs we saw. Sculpted by the wind and waves, majestic in scale and with a dazzling white colour with layers of deep blue. The sun makes a quick appearance through a hole in the clouds, just in time for this shot. Location: Antarctica

Cherry blossoms like a Japanese painting. The smoke of the bonfire of old paper charms has brought a fantastic effect. Location: Minobu, Yamanashi, Japan

Long drive and long hike but it was truly worth to see this scenery. The shutter sound was echoing around. It was my pleasure to frame this moment. Location: Utah

I took this photo in July 2014 at Trollstigen in Norway. Standing there alone in the fog, I was waiting for the view to become clear. And then it happened, the fog disappeared and though it was 1 am already, one car came slowly up the steep serpentines. It was my dream for a long time to take a photo of lighttrails like this in Norway – and it was just an awesome feeling that it worked out on the most beautiful and famous street. A few minutes later the fog returned, even thicker than before. Location: Bø, More og Romsdal, Norway

I had heard a lot about how beautiful Uluru should look like when it rains. But I never believed that I would see it with my own eyes because the red center of Australia is a very arid area. That’s one of the reasons why Uluru is such a special place for the Anangu – the local aboriginal clan. If it rains, the water fills up the reservoirs around the rock, the only water source for several kilometers. This makes the Uluru Kata Tjuta National Park to special place for lots of rare animals as well. Location: Yulara, Northern Territory, Australia

Springbok in front of a dune of Namibian desert. Location: Swakopmund, Erongo, Namibia

This photo is shot shortly after sunrise at mesquite dunes. George Lucas has chosen this location for some scenes of Star Wars. The blue background is not the sky. These are mountains in the distance. Location: Death Valley, California

This picture was taken during Mt. Bromo eruption. The horse seems a little agitated due to the sound of the eruption. Location: Probolinggo, East Java, Indonesia

During a snow storm I decided to head over to Bryce Canyon NP and enjoy the freshly fallen snow. Visibility was down to almost zero, but then I found this single tree right next to a snow drift and knew this would be my shot. Location: Bryce Canyon, Utah, United States 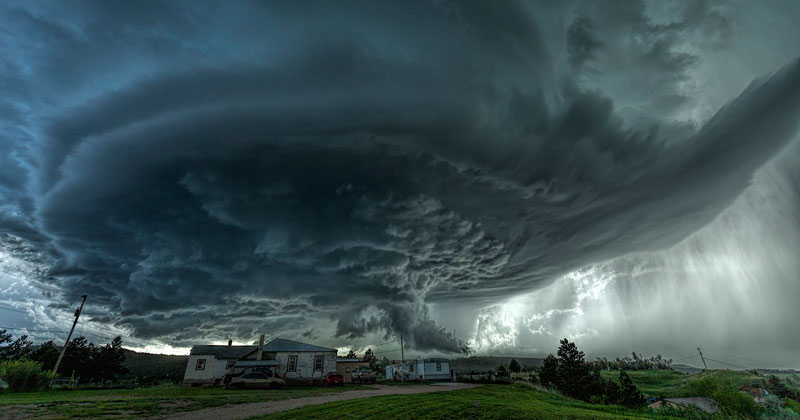