The Republican Party is one of the two major contemporary political parties in the United States, along with the Democratic Party. Founded by anti-slavery expansion activists in 1854, it is often called the GOP (Grand Old Party). The party’s platform generally reflects American conservatism in the U.S. political spectrum and is considered center-right, in contrast to the center-left Democrats.

The first official party convention was held on July 6, 1854 in Jackson, Michigan. The Republicans’ initial base was in the Northeast and the upper Midwest. Early Republican ideology was reflected in the 1856 slogan “free labor, free land, free men.”

“Free labor” referred to the Republican opposition to slave labor and belief in independent artisans and businessmen. “Free land” referred to Republican opposition to plantation system whereby the rich could buy up all the good farm land and work it with slaves, leaving the yeoman independent farmers the leftovers. The Party had the goal of containing the expansion of slavery, which would cause the collapse of the Slave Power and the expansion of freedom.

Louis Pasteur (Dec 27, 1822 – Sept 28, 1895) was a French chemist and microbiologist born in Dole. He is remembered for his remarkable breakthroughs in the causes and preventions of diseases, creating the first vaccine for rabies and anthrax. He was best known to the general public for inventing a method to stop milk and wine from causing sickness, a process that came to be called pasteurization. He is regarded as one of the three main founders of microbiology, together with Ferdinand Cohn and Robert Koch. Pasteur also made many discoveries in the field of chemistry, most notably the molecular basis for the asymmetry of certain crystals.

Pasteur produced the first vaccine for rabies by growing the virus in rabbits, and then weakening it by drying the affected nerve tissue. This vaccine was first used on 9-year old Joseph Meister, on July 6, 1885, after the boy was badly mauled by a rabid dog. This was done at some personal risk for Pasteur, since he was not a licensed physician and could have faced prosecution for treating the boy.

After consulting with colleagues, Pasteur decided to go ahead with the treatment. Meister did not contract the disease. It is sometimes said that Pasteur saved the boy’s life; but this cannot be maintained with certainty, since the risk of contracting rabies after such an exposure is estimated at around 15%. [Source: Wikipedia]

The 1933 All-Star Game was first held at the 1933 Chicago World’s Fair in Chicago, Illinois. The All-Star Game was the idea of Arch Ward, the sports editor of the Chicago Tribune. It was initially intended to be a one-time event. [Source: Wikipedia]

George Walker Bush (born July 6, 1946) is an American politician who served as the 43rd President of the United States from 2001 to 2009. Before that, he was the 46th Governor of Texas, serving from 1995 to 2000. Bush is the eldest son of President George H. W. Bush, who served as the 41st President, and Barbara Bush, making him one of only two American presidents to be the son of a preceding president, after John Quincy Adams.

After graduating from Yale University in 1968 and Harvard Business School in 1975, Bush worked in oil businesses. He married Laura Welch in 1977 and ran unsuccessfully for the House of Representatives shortly thereafter. He later co-owned the Texas Rangers baseball team before defeating Ann Richards in the 1994 Texas gubernatorial election. In a close and controversial election, Bush was elected President in 2000 as the Republican candidate, defeating Vice President Al Gore in the Electoral College. He was named Time Person of the Year 2000 and 2004. [Source: Wikipedia]

The Quarrymen (also written as “The Quarry Men”) are a British skiffle and rock ‘n’ roll group, initially formed in Liverpool in 1957, who eventually evolved over into The Beatles in 1960. Originally consisting of John Lennon and several schoolfriends, The Quarrymen took their name from a line in the school song of Quarry Bank High School which Lennon and most of the other original group members attended.

On Saturday 6 July 1957, The Quarrymen played at St. Peter’s Church Rose Queen garden fête in Woolton. They were playing “Come Go with Me” when Paul McCartney arrived, and in the Scout hut after the set, Ivan Vaughan introduced McCartney to Lennon, who chatted for a few minutes before the band set up in the church hall for their performance at that evening’s “Grand Dance”. McCartney demonstrated how he tuned his guitar then sang Eddie Cochran’s “Twenty Flight Rock”, Gene Vincent’s “Be-Bop-A-Lula”, and a medley of Little Richard songs.

As they were walking home after the evening performance, Lennon and Shotton discussed the afternoon encounter with McCartney, and Lennon said that perhaps they should invite McCartney to join the band. Two weeks later Shotton encountered McCartney cycling through Woolton, and conveyed Lennon’s casual invitation for him to join The Quarrymen, and Vaughan also invited McCartney to join. McCartney made his debut with the band on Friday, 18 October 1957 at a Conservative Club social held at the New Clubmoor Hall in the Norris Green section of Liverpool. [Source: Wikipedia]

Althea Gibson (August 25, 1927 – September 28, 2003) was a World No. 1 American sportswoman who became the first African-American woman to be a competitor on the world tennis tour and the first to win a Grand Slam title in 1956 (French Open) and the first to win Wimbledon in 1957, defeating Darlene Hard. She is sometimes referred to as “the Jackie Robinson of tennis” for breaking the color barrier. Gibson also became the first African American woman to join the Ladies Professional Golf Association tour, in 1964. Her best finish on the tour was a tie for second after a three-way playoff at the 1970 Len Immke Buick Open. Gibson retired from professional golf at the end of the 1978 season.

In 1971, Gibson was inducted into the International Tennis Hall of Fame, and in 1975, she was appointed the New Jersey state commissioner of athletics. On the opening night of the 2007 US Open, the 50th anniversary of Gibson’s victory at the US Championships in 1957 (now the US Open), Gibson was inducted into US Open Court of Champions. She was a 1994 inductee of the Sports Hall of Fame of New Jersey and 2009 inductee of the New Jersey Hall of Fame. In September 2009, the City of Wilmington, NC named its new community tennis complex the Althea Gibson Tennis Center. [Source: Wikipedia]

Photograph via Library of Congress Prints and Photographs Division

Louis Daniel Armstrong (August 4, 1901 – July 6, 1971), nicknamed Satchmo or Pops, was an American jazz trumpeter and singer from New Orleans, Louisiana. Coming to prominence in the 1920s as an “inventive” cornet and trumpet player, Armstrong was a foundational influence in jazz, shifting the music’s focus from collective improvisation to solo performance.

With his instantly recognizable deep and distinctive gravelly voice, Armstrong was also an influential singer, demonstrating great dexterity as an improviser, bending the lyrics and melody of a song for expressive purposes. He was also greatly skilled at scat singing, vocalizing using sounds and syllables instead of actual lyrics.

Renowned for his charismatic stage presence and voice almost as much as for his trumpet-playing, Armstrong’s influence extends well beyond jazz music, and by the end of his career in the 1960s, he was widely regarded as a profound influence on popular music in general.

Armstrong was one of the first truly popular African-American entertainers to “cross over,” whose skin-color was secondary to his amazing talent in an America that was severely racially divided. It allowed him socially acceptable access to the upper echelons of American society that were highly restricted for a person of color. While he rarely publicly politicized his race, often to the dismay of fellow African-Americans, he was privately a strong supporter of the Civil Rights movement in America. [Source: Wikipedia]

Piper Alpha was a North Sea oil production platform operated by Occidental Petroleum (Caledonia) Ltd. The platform began production in 1976, first as an oil platform and then later converted to gas production. An explosion and resulting fire destroyed it on July 6, 1988, killing 168 men, with only 61 survivors. The death toll includes two crewmen of a rescue vessel. Total insured loss was about US$3.4 billion. At the time of the disaster the platform accounted for approximately ten percent of North Sea oil and gas production, and was the worst offshore oil disaster in terms of lives lost and industry impact.

The Kirk of St Nicholas in Union Street, Aberdeen has dedicated a chapel in memory of those who perished and there is a memorial sculpture in the Rose Garden of Hazlehead Park in Aberdeen. Thirty bodies were not recovered. [Source: Wikipedia]

CLICK HERE TO SEE ALL PREVIOUS ‘THIS DAY IN HISTORY’ POSTS 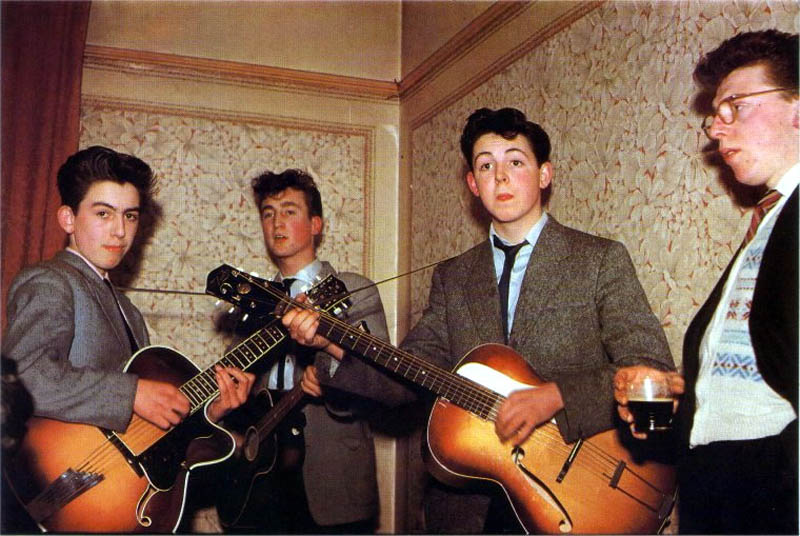