In this breathtaking aerial photograph via MSNBC, we see fields of canola plants in full bloom and ready for harvest in Luoping, southwest China’s Yunnan province. The expansion of China’s canola crushing capacity coupled with a lower domestic harvest will lead China to boost imports of the oilseed in 2012, particularly from Canada, the world’s top exporter, traders said.

Canola is also commonly known as rapeseed (Brassica napus), rape, oilseed rape, rapa, rappi, or rapaseed. The name derives from the Latin for turnip, rapa or rapum. Canola was originally a trademark, but is now a generic term in North America for edible varieties of rapeseed oil. [Source] 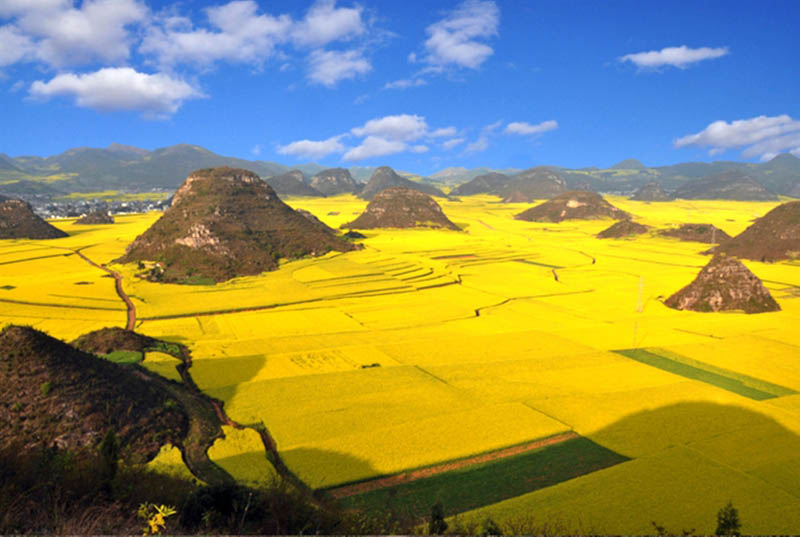