Photograph via Kevork Djansezian/AP (via MSNBC)

In this powerful image from 2006, we see two Lebanese citizens watching Hezbollah leader Sheik Hassan Nasrallah speak on television as black smoke rises from Israeli attacks on the Hezbollah stronghold in the southern suburbs of Beirut, Lebanon.

The 2006 Lebanon War was a 34-day military conflict in Lebanon, northern Israel and the Golan Heights. The principal parties were Hezbollah paramilitary forces and the Israeli military. The conflict started on 12 July 2006, and continued until a United Nations-brokered ceasefire went into effect in the morning on 14 August 2006, though it formally ended on 8 September 2006 when Israel lifted its naval blockade of Lebanon.

The conflict is believed to have killed around 1,300 Lebanese people, and 165 Israelis. It severely damaged Lebanese civil infrastructure, and displaced approximately one million Lebanese and 300,000–500,000 Israelis. [Source: Wikipedia]

Categories: HISTORY, PICTURE OF THE DAY

This Pontiac Firebird Was Flooded With Hardened Mud, But Then It Got Deep Cleaned…

This Timelapse Video Shows a Pumpkin Growing From a Seed to a Gigantic 1,300 Pounds 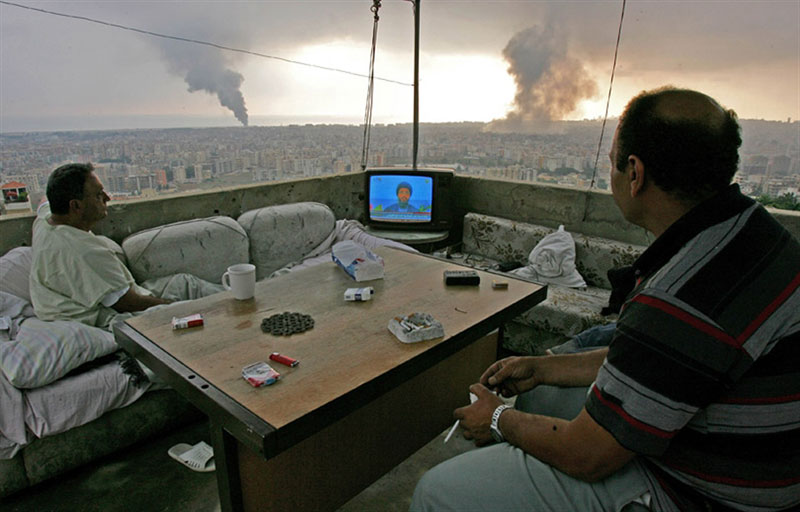