In this historic gem we see the Manhattan skyline from the Fulton Street Dock (which I believe is Pier 17 or close nearby). The photograph was taken by Bernice Abbot on November 26, 1935. This is one of the hundreds of black and white photographs by Berenice Abbott (1898-1991) from her Changing New York series, Abbot’s grand project to document New York City for the Federal Art Project (FAP) in 1935.

The FAP was a Depression-era government program for unemployed artists and workers in related fields such as advertising, graphic design, illustration, photofinishing, and publishing. A changing staff of more than a dozen participated as darkroom printers, field assistants, researchers and clerks on this and other photographic efforts. Abbott’s efforts resulted in a book in 1939, in advance of the World’s Fair in Flushing Meadow NY.

Be sure to check out the online collection at the New York Public Library Digital Gallery or on Flickr. 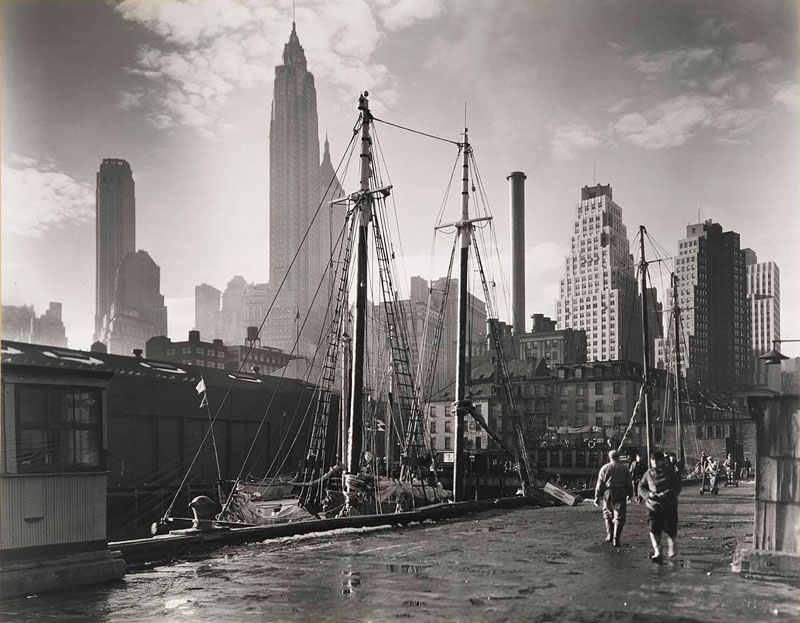