On August 15, 2008, Nils Olav, a King penguin at Scotland’s Edinburgh Zoo was awarded knighthood. Sir Nils Olav is recognized as the King’s Guard’s mascot and carries the official title of, ‘Colonel-in-Chief of the Norwegian Royal Guard’.

The origin of this peculiar story dates back to 1913 when legendary Norwegian explorer Roald Amundsen presented Edinburgh Zoo with its first ever King penguin to herald its grand opening.

And for good measure, he is also known as having the first expedition to traverse the Northwest Passage (1903–06) in the Arctic. [source]

When the Norwegian King’s Guard visited the Edinburgh Military Tattoo of 1961 for a drill display, a lieutenant called Nils Egelien became interested in Edinburgh Zoo’s penguin colony. When the Guards once again returned to Edinburgh in 1972, he arranged for the unit to adopt a penguin. This penguin was named Nils Olav in honour of Nils Egelien, and King Olav V of Norway.

Sir Nils Olav was given the rank of visekorporal (lance corporal) and has been promoted each time the King’s Guard has returned to the zoo. In 1982 he was made corporal, and promoted to sergeant in 1987. Nils Olav died shortly after his promotion to sergeant, and his place of honour was taken by Nils Olav II, his two-year-old near-double. He was promoted in 1993 to the rank of regimental sergeant major. On 18 August 2005, he was appointed as Colonel-in-Chief and on 15 August 2008 he was awarded a knighthood. [source]

10 Posts That Point Out Funny Things That Happen in Finland

How Aspirin Was Discovered 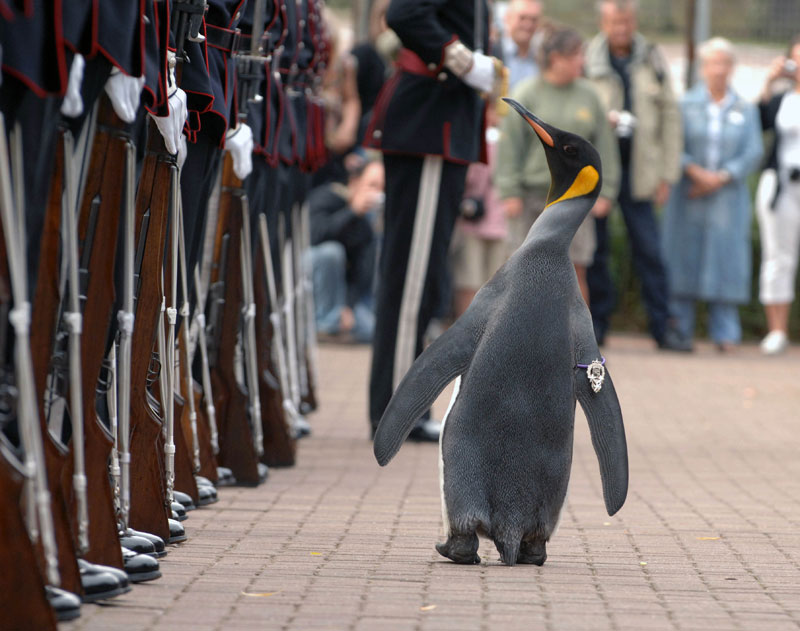