The 16 pencils on display will include the microsculpture carvings of the Iron Throne; sigils from House Stark, House Targaryen, House Greyjoy, House Baratheon and House Lannister; as well as the Hand Of The King pin; Cersei’s new crown; Drogon the dragon; the Three Eyed Raven; the Night’s King; a White Walker; the Titan of Braavos; the Weirwood tree; and two swords – Brienne of Tarth’s Oathkeeper and Jon Snow’s Long Claw.

Salavat Fidai is world-renowned as one of the leading experts in the field of miniature sculpture, creating intricate and detailed art on the tips of pencils with diameters between 2mm and 5mm.

The 16 pencil microsculptures will be on exhibit from April 22 – June 4, 2017 at the K+ Curatorial Space in Scotts Square, Singapore. The upcoming, seventh season of HBO’s Game of Thrones premieres on July 16, 2017. 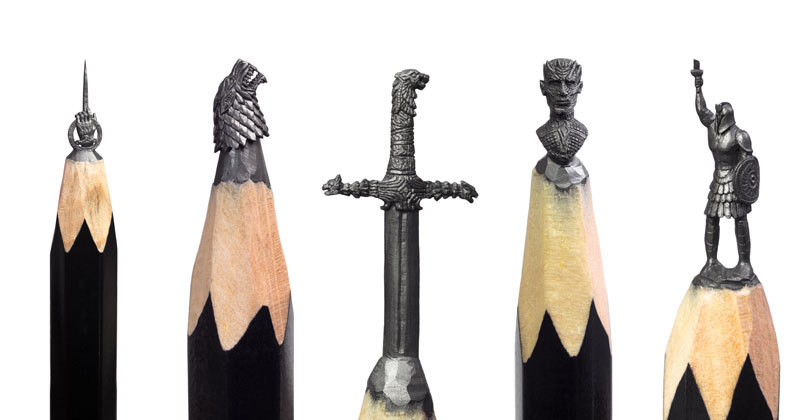