The Magdeburg Water Bridge is a navigable aqueduct in Germany, opened in October 2003. It connects the Elbe-Havel Canal to the Mittelland Canal, crossing over the Elbe River. It is notable for being the longest navigable aqueduct in the world, with a total length of 918 metres (3,012 ft).

The Elbe-Havel and Mittelland canals had previously met near Magdeburg but on opposite sides of the Elbe. Ships moving between the two had to make a 12-kilometre (7.5 mi) detour, descending from the Mittelland Canal through the Rothensee boat lift into the Elbe, then sailing downstream on the river, before entering the Elbe-Havel Canal through Niegripp lock. 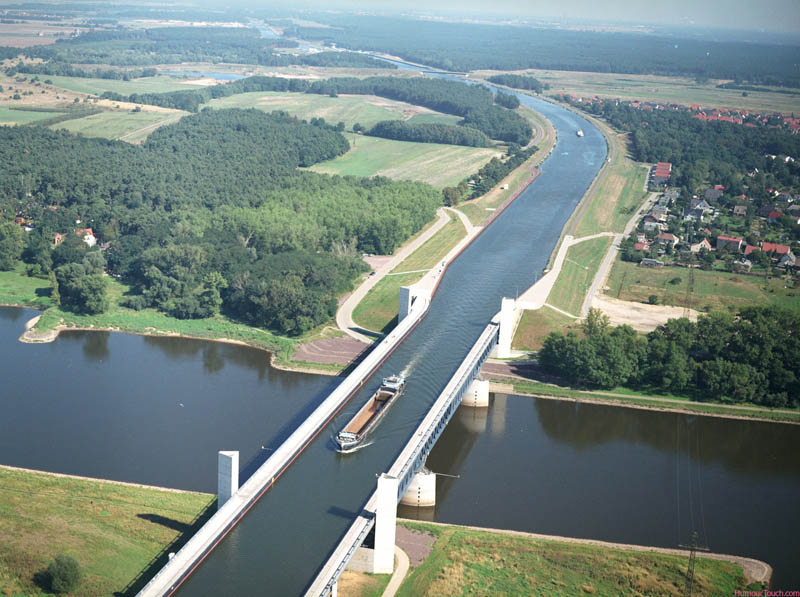