Pictured above, a roll cloud extends far into the distance in 2009 January above Las Olas Beach in Maldonado, Uruguay. A roll cloud is a low, horizontal, tube-shaped, and relatively rare type of arcus cloud. Roll clouds usually appear to be “rolling” about a horizontal axis. They are a solitary wave called a soliton, which is a wave that has a single crest and moves without changing speed or shape. One of the most famous frequent occurrences is the Morning Glory cloud in Queensland, Australia.

One of the main causes of the Morning Glory cloud is the mesoscale circulation associated with sea breezes that develop over the Cape York peninsula and the Gulf of Carpentaria. However, similar features can be created by downdrafts from thunderstorms and are not exclusively associated with coastal regions. [Source: Wikipedia]

via NASA Astronomy Picture of the Day 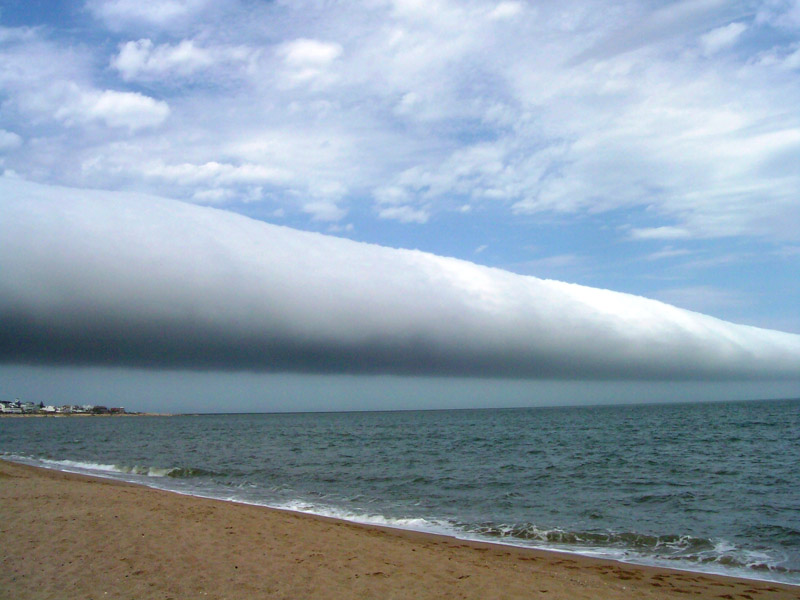