THE FIRST PEOPLE EVER PHOTOGRAPHED

This is purportedly the first picture of a living person ever taken (1838). The image shows a busy street, but due to exposure time of more than ten minutes, the traffic was moving too much to appear. The exception is the man at the bottom left, who stood still getting his boots polished long enough to show. Look closely and you will also see another man sitting on a bench to the right reading a newspaper. Also in the upper left hand side you can also see another man standing under the awning of the 3rd building from the left.

What looks to be a woman standing under the street lantern at 10 o’clock from the man getting his shoes shined and another one in the big white building, 1st row 3rd window down. Notice the child in the top floor window of the white building in front. Note that the image is reversed (as were most Daguerreotypes) as is evidenced by the writing on a building in upper left.

The daguerreotype was the first commercially successful photographic process. The image is a direct positive made in the camera on a silver plated copper plate. The surface of a daguerreotype is like a mirror, with the image made directly on the silvered surface. [Source]

Categories: PICTURE OF THE DAY 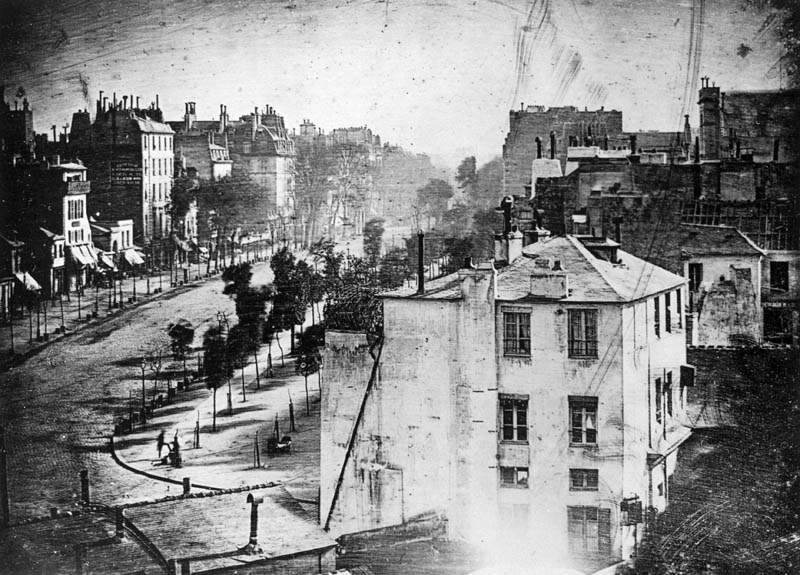