Ronda is a city in the Spanish province of Málaga. It is located about 100 kilometres (62 mi) west of the city of Málaga with a population of approximately 35,000 inhabitants.

Ronda was first settled by the early Celts, who, in the 6th century BC, called it Arunda. Later Phoenician settlers established themselves nearby to found Acinipo, known locally as Ronda la Vieja, Arunda or Old Ronda. The current Ronda is however of Roman origins, having been founded as a fortified post in the Second Punic War, by Scipio Africanus. Ronda received the title of city at the time of Julius Caesar.

The city is situated in a very mountainous area about 750 meters (2,460 ft) above mean sea level. The Guadalevin River runs through the city, dividing it in two and carving out the steep, 100 plus meters deep El Tajo canyon upon which the city perches.

Three bridges, Puente Romano, Puente Viejo and Puente Nuevo, span the canyon. The Puente Nuevo is the tallest of the bridges, towering 120 metres (390 ft) above the canyon floor. All three serve as some of the city’s most impressive features.

Below you will find a stunning gallery of images that show the beauty of this stunning Spanish city. What a view!

The Stunning Cliffs of Norway

The Seaside Restaurant Set Inside a Cave in Southern Italy 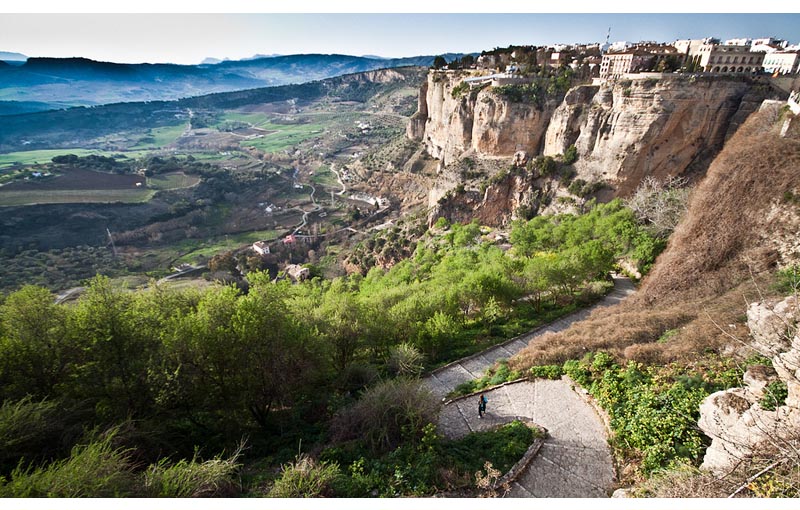