Picture of the Day: Inside the Old Metropolitan Opera House

Photograph via The Natioanl Archives and Records Administration

In this historic capture, we see a full house at the Metropolitan Opera House in New York City on November 28, 1937. This is the view from the rear of the stage looking outward as famous pianist Josef Hofmann plays for the audience.

The Metropolitan Opera House was an opera house located at 1411 Broadway in New York City. Opened in 1883 and demolished in 1967, it was the first home of the Metropolitan Opera Company. The Met had a seating capacity of 3,625. In addition, there were 224 standing room places.

Josef Casimir Hofmann (January 20, 1876 – February 16, 1957) was a Polish-American virtuoso pianist, composer, music teacher, and inventor. A child prodigy, he gave a debut recital in Warsaw at the age of 5, and a long series of concerts throughout Europe and Scandinavia, culminating in a series of concerts in America in 1887-88 that elicited comparisons with the young Mozart and the young Mendelssohn.

As a composer, Hofmann published over one hundred works, many of those under the pseudonym Michel Dvorsky, including two piano concertos and ballet music. As an inventor, Hofmann had over 70 patents, and his invention of pneumatic shock absorbers for cars and airplanes was commercially successful from 1905 to 1928. Other inventions included a windscreen wiper, a furnace that burned crude oil, a house that revolved with the sun and piano action improvements adopted by the Steinway Company (U.S. patent number 2263088). [Source]

The National Archives via Wikimedia Commons

6 Things You Should Delete From Your Smartphone

Picture of the Day: Inside the Old Metropolitan Opera House 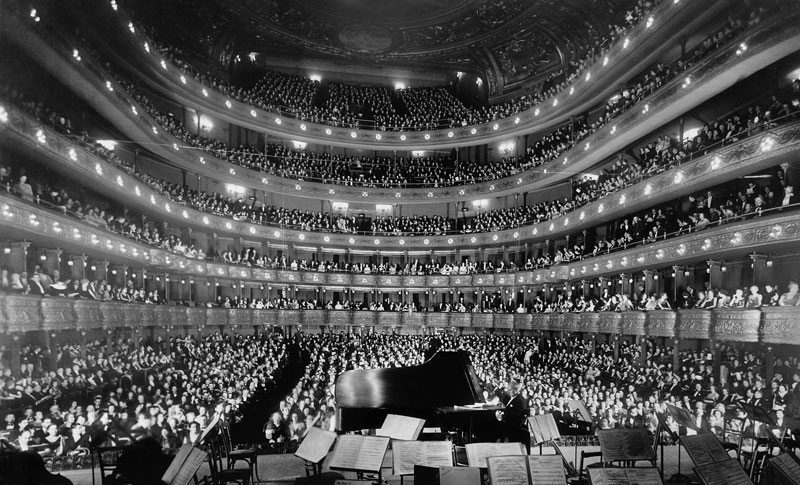