“A still camera on a sound trigger captured this intriguing photo of an airborne frog as NASA’s LADEE spacecraft lifts off from Pad 0B at Wallops Flight Facility in Virginia. The photo team confirms the frog is real and was captured in a single frame by one of the remote cameras used to photograph the launch. The condition of the frog, however, is uncertain.”

Below is a close-up of the same image for those interested. Godspeed little frog.

For more fascinating imagery, be sure to check out NASA Goddard Space Flight Center on Flickr, it’s without doubt, one of the best accounts! 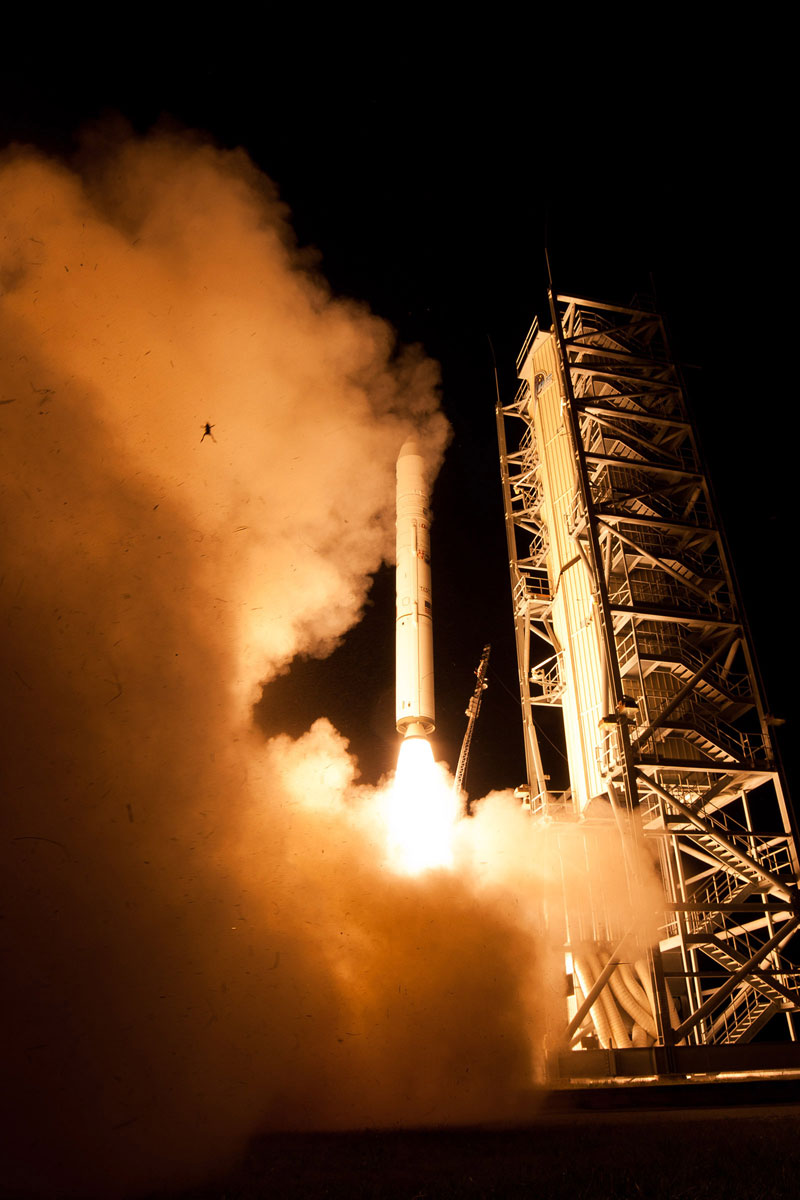