In this modern interpretation of the classic ‘Cafe Wall Illusion‘ our mind tricks us into thinking the horizontal blue lines are curved and bending. The illusion was made by professional magician and illusion artist Victoria Skye.

According to Skye, the key to the illusion are the black and white diamond ‘targets’ at each intersection. When looking at the lines vertically, one can see that the squares that make up the diamond alternate their position. These alternating targets create the effect. [source]

“In my version of the famous Café Wall illusion, I have mixed together both the original Café Wall illusion that was made famous by Richard Gregory – and which showcases the brickwork laid on the wall of a café in Bristol, England – with the work of Akiyoshi Kitaoka, who has developed a number of different versions using the same underlying effect” [source]

When you blur the image the effect disappears because you can no longer resolve the tiny white-black interactions. It was first described under the name Kindergarten illusion in 1898, and re-discovered in 1973 by Richard Gregory.

According to Gregory, this effect was observed by a member of his laboratory, Steve Simpson, in the tiles of the wall of a café at the bottom of St Michael’s Hill, Bristol. It is a variant of the shifted-chessboard illusion originated by Hugo Münsterberg. [source] 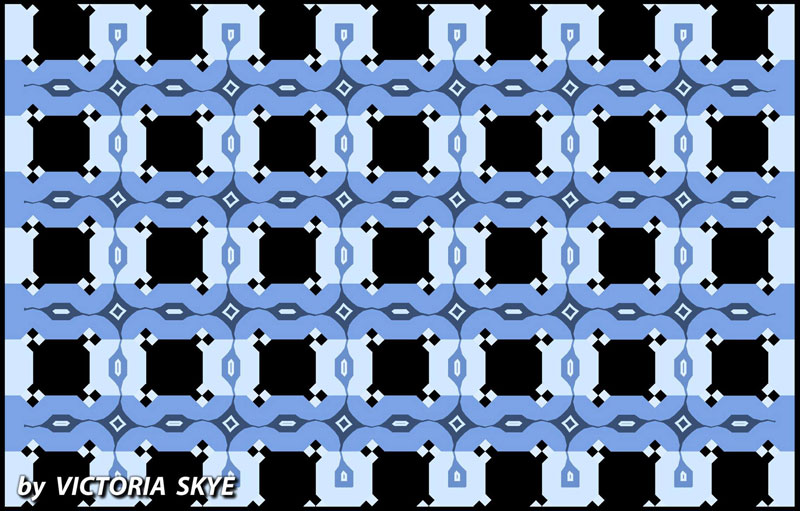