A photo of a submerged street sign in Lumberton, Texas has gone viral, encapsulating the devastation Hurricane Harvey has caused. The photo was posted yesterday to reddit and was taken on September 3rd, 2017.

Users were quick to find the street sign on Google Maps, although it should be noted the image for Google Maps was taken in Feb. of 2013 and the sign has since been updated and French Road is now French Street. You can see it here as well as in the side by side comparison below.

Hurricane Harvey was the first major hurricane to make landfall in the United States since Wilma in 2005. In a four-day period, many areas received more than 40 inches (1,000 mm) of rain as the system meandered over eastern Texas and adjacent waters, causing catastrophic flooding. With peak accumulations of 51.88 in (1,318 mm), Harvey is the wettest tropical cyclone on record in the contiguous United States. [source] 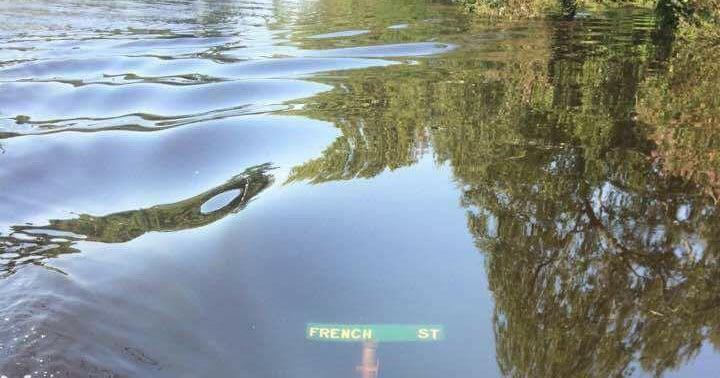