The iconic street crossing outside Abbey Road Studios in London gets a fresh coat of paint, as the always busy tourist hotspot is a little emptier these days.

In 2010, the site was declared a national landmark. More than 300,000 fans visiting the crossing every year! According to the Guardian:

The cover for Abbey Road was shot at 11.35am on 8 August 1969, as John Lennon, George Harrison and Ringo Starr took a break from completing I Want You (She’s So Heavy) and The End, and Paul McCartney paused work on Oh! Darling. Standing on a step ladder in the middle of the road, photographer Iain Macmillan only had time to shoot six photographs on his Hasselblad camera given the oncoming traffic. McCartney selected the fourth image as the cover shot.

“This London zebra crossing is no castle or cathedral but, thanks to the Beatles and a 10-minute photoshoot one August morning in 1969, it has just as strong a claim as any to be seen as part of our heritage,” said John Penrose, Minister for Tourism and Heritage in a statement. 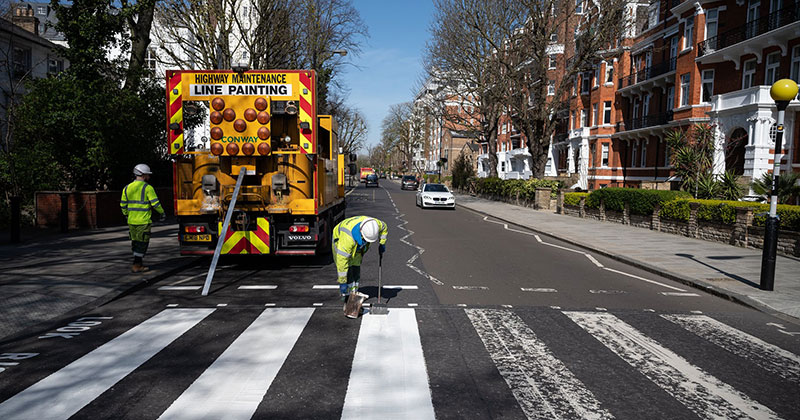