THE YEAR OF THE DRAGON

Chinese New Year is the longest and most important festivity in the Chinese calendar. The origin of Chinese New Year is itself centuries old and gains significance because of several myths and traditions. Within China, regional customs and traditions concerning the celebration of the Chinese new year vary widely. People will pour out their money to buy presents, decoration, material, food, and clothing. It is also the tradition that every family thoroughly cleans the house to sweep away any ill-fortune in hopes to make way for good incoming luck. Windows and doors will be decorated with red colour paper-cuts and couplets with popular themes of “good fortune” or “happiness”, “wealth”, and “longevity”.

On the Eve of Chinese New Year, supper is a feast with families. The family will end the night with firecrackers. Early the next morning, children will greet their parents by wishing them a healthy and happy new year, and receive money in red paper envelopes. The Chinese New Year tradition is to reconcile, forget all grudges and sincerely wish peace and happiness for everyone.

Although the Chinese calendar traditionally does not use continuously numbered years, outside China its years are often numbered from the reign of the Yellow Emperor. But at least three different years numbered 1 are now used by various scholars, making the year beginning in AD 2012 the “Chinese Year” 4710, 4709, or 4649. This year marks the year of the Water Dragon. [Source]

via The Atlantic’s In Focus: Chinese Lunar New Year 2012
SEE MORE ‘PICTURES OF THE DAY’ 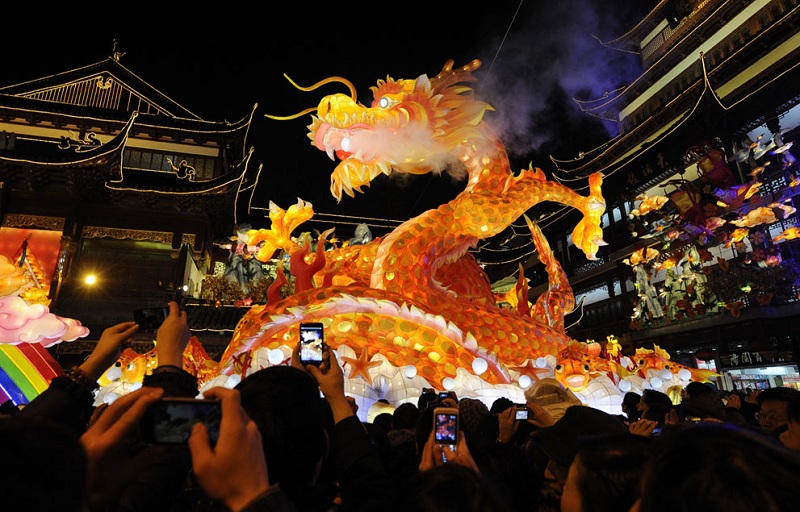