Photograph by Prabhu B Doss

In this perfectly timed photo by Prabhu B. Doss, we see a butterfly that appears to be looking in an invisible mirror, its likeness accurately reflected. Believe it or not, it’s two different butterflies, and if you look closely you can see differences in their respective wing patterns and antennae.

In chaos theory, the butterfly effect is the sensitive dependence on initial conditions in which a small change at one place in a deterministic nonlinear system can result in large differences in a later state. The name of the effect, coined by Edward Lorenz, is derived from the theoretical example of a hurricane’s formation being contingent on whether or not a distant butterfly had flapped its wings several weeks earlier. To learn more, visit the entry on Wikipedia. 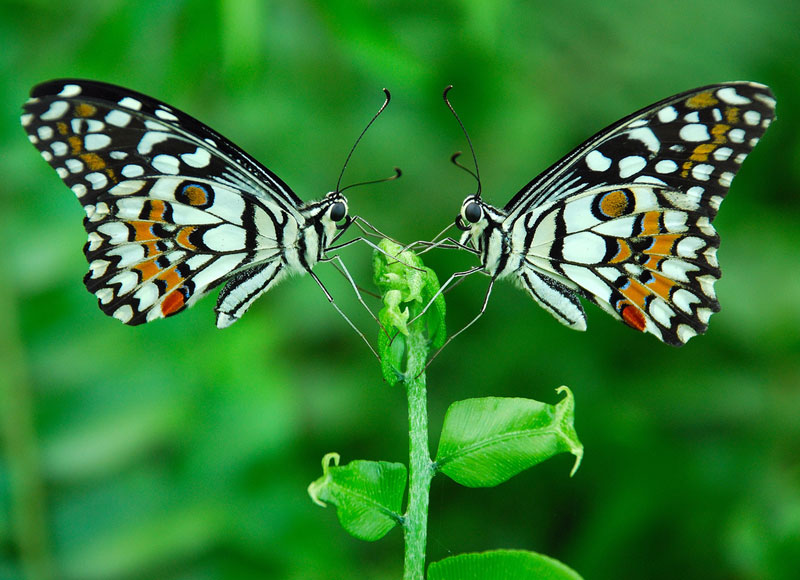